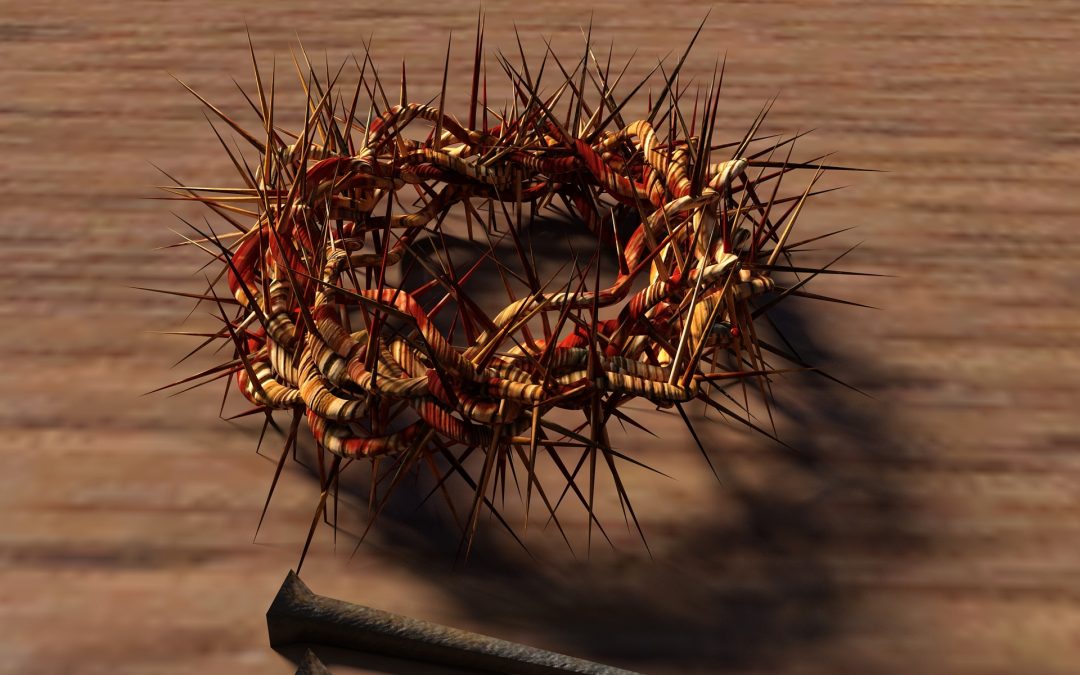 Jesus, the Christ, was about to be arrested, tried by a “kangaroo court,” and meet His fate – to die for the sins of all humanity.

One would have expected Jesus’ followers would stand by Him during this testing time, but they did not.

Mark 14:48, “Am I leading a rebellion,” said Jesus, “that you have come out with swords and clubs to capture me? 49 Every day I was with you, teaching in the temple courts, and you did not arrest me. But the Scriptures must be fulfilled. 50 Then everyone deserted him and fled. 51 A young man, wearing nothing but a linen garment, was following Jesus. When they seized him, 52 he fled naked, leaving his garment behind (my emphasis).”

Jesus’s followers abandoned Him to face His ordeal alone. Not that He needed any help from them, but their loyalty and faith in all that Jesus had told them would come to pass, disappeared for a fleeting moment. Even one of the greatest apostles was among the deniers.

Verse 53, “They took Jesus to the high priest, and all the chief priests, the elders and the teachers of the law came together. 54 Peter followed him at a distance, right into the courtyard of the high priest. There he sat with the guards and warmed himself at the fire.”

Verse 66, “While Peter was below in the courtyard, one of the servant girls of the high priest came by. 67 When she saw Peter warming himself, she looked closely at him. “You also were with that Nazarene, Jesus,” she said. 68 But he denied it. “I don’t know or understand what you’re talking about, he said, and went out into the entryway.[g] 69 When the servant girl saw him there, she said again to those standing around, “This fellow is one of them. 70 Again he denied it.

After a little while, those standing near said to Peter, “Surely you are one of them, for you are a Galilean.”  71 He began to call down curses, and he swore to them, “I don’t know this man you’re talking about. 72 Immediately the rooster crowed the second time.[h] Then Peter remembered the word Jesus had spoken to him: Before the rooster crows twice[i] you will disown me three times.” And he broke down and wept.

Jesus warned them earlier that they would abandoned Him, but they wouldn’t accept that, “Do you now believe?” Jesus replied. 32” A time is coming and in fact has come when you will be scattered, each to your own home. You will leave me all alone. Yet I am not alone, for my Father is with me.”

In Matt. 26:34, Peter was adamant he would not deny Jesus, “Truly I tell you,” Jesus declared, “this very night before the rooster crows, you will deny Me three times.  35 Peter replied, even if  I must die with You, I will never deny You.” And the rest of the disciples said the same. 36At that time Jesus went with His disciples to a place called Gethsemane, and He told them, Sit here while I go over there and pray.” It was shortly after they all deserted Him.

The biggest denier and betrayer was of course Judas. Here was, YAHWEH’s only begotten Son, Jesus, alone, abandoned, and betrayed at night in the Garden of Gethsemane all for the cause of fulfilling what His Father sent Him to do – to die for our sins. “But the scripture must be fulfilled.” He did it alone, had no one to keep His company, needed no one to help Him through, because this He must do so the human race would escape eternal death and have hope like unto no other hope. Hope for those who confess and accept Him as LORD and Saviour and the ONLY True God. In a sense, in were all there and the garden and abandoned Him, but Jesus pledged He will be with us to “the end of the age.” Although we abandoned Him, Jesus will NEVER leave us? It is truly a comforting thought for all those who believe and accept Him as Saviour!  For more on this subject, download FREE our booklet, CHRIST OUR PASSOVER