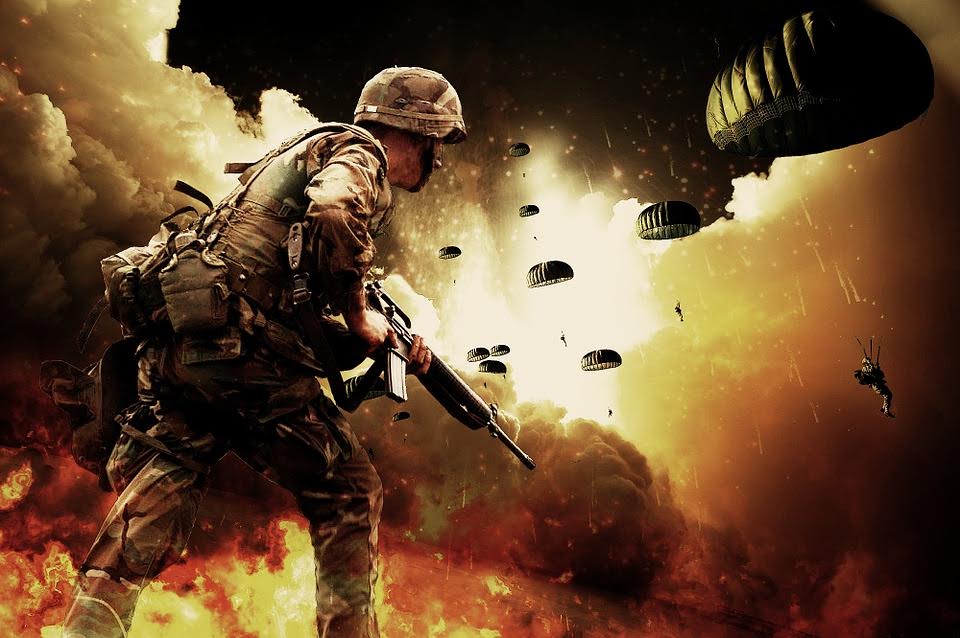 A newspaper headline blared at me recently with the words The World is Crazy, Right Now; it’s complete chaos. The headline describes precisely the prevailing condition of our society today.

You look around and there appears to be decay everywhere – from both the physical and spiritual perspectives. From our public buildings, roads, bridges, the environment, goods and services to the moral depravity, disregard for the God of the Bible and a tendency to ridicule and ignore any notion of sacredness.

Yes, we can boast about our average life span of 82-years in Canada or 84 among women in Japan. We can claim victory in the treatment of many cancers that prolong life by as many as 15-20 years. We can measure our advance in travel by having breakfast in Toronto in the morning and dinner in London, Paris or Berlin, the same day. We can send a man to the moon and we can send unmanned spacecraft to Mars and Jupiter and to the outer end of the solar system, but guess what, those advancements are still not stopping our society from crumbling.

According to a recent survey, 71% of people think, “the world is going to the dogs.” Despite the glowing reports of this post-modern era where we can communicate anywhere on the globe with the touch of a button, our society is in a frightening state of decay. It’s crumbling faster than we can ever imagine, if you keep abreast of what’s happening in our daily lives. The challenge for the Christian is; are you crumbling with it?

When a major newspaper’s editorial board can say the people ultimately responsible for the shooting at a Florida gay nightclub recently are those who believe in traditional marriage, our society is confused about right and wrong. When a woman gives birth to a baby and dumps her in the garbage, or a nine-month-old pregnant woman is murdered, or the police taser a pregnant woman, the crumbling is happening faster than we anticipated. When 21-thousand people die daily from hunger or hunger related diseases, don’t boast about how well we have advanced. When fellow soldiers remove a US Army veteran from a retirement ceremony because his speech refers to God, you know how far as we have slipped as a society. When scientists start to look at ways on how to get men pregnant, you know we are at the precipice of disaster. I could go on and on…

Commentator Michael Snyder: “It isn’t just our economy that is crumbling.  Something is happening to America (not just America) that no amount of money will be able to fix.  Everywhere around us we can see evidence of the social decay that is systematically eating away at the foundations of our society.  It can be found on the streets of our inner cities, in dark basements in extremely rural communities, in the most prestigious boardrooms on Wall Street, and definitely in the halls of power in Washington.   Bringing in an entirely different crop of politicians or printing gigantic mountains of money is not going to solve this problem, because it exists in the hearts of millions of ordinary men and women.”

The claim of a crumbling society is not a silly notion, if we care to open our eyes we can see the reality of it. It’s a pity the vast majority have their eyes opened but they cannot see the slide that is going to take us to the brink of disaster. We take many things for granted, and treat them as just another (evil) event. Have no doubt about it, the Great God of Heaven says “I will punish the world for its evil,” (Isa. 13.11).  The way we’re heading only Jesus Christ can rescue us. He says this is how it is going to happen, and this is how it will happen. “If those days had not been cut short, no one would survive, but for the sake of the elect those days will be shortened (Matt. 24:22, NIV).

Proverbs 29:2 states, “When the righteous are in authority, the people rejoice: but when the wicked beareth rule, the people mourn.” Psalm 11:3 asks, “If the foundations be destroyed, what can the righteous do? What we are witnessing now is the removal of the very foundations on which society is built – the destruction of the family, and disregard for the Law of the Most High God.

Jesus, the risen Christ warns His people to “Therefore keep watch, because you do not know on what day your Lord will come,” (Matt 24:42).
There’s an interesting scripture in Isa. 1:4 that is so relevant to our day “Woe to the sinful nation, a people whose guilt is great, a brood of evildoers, children given to corruption! They have forsaken the Lord; they have spurned the Holy One of Israel and turned their backs on him.”

The crumbling is everywhere: The pastors who refuse to teach the truth from the scriptures is another matter, especially this time of year when they preach a Christ who was never born on December 25th; the pastors who have joined the political correct bandwagon. The pastors who merchandise the Word of God and lead people astray; and who preach false doctrines (Jer. 50:6: Ez. 13:13; Ez. 34). These are also signs of the crumbling that Matt. 24 speaks about as well. Jesus warns about the false teachers as a sign of the end time.

The slide will continue and Christians must brace themselves for some tough times ahead. You have to remain on that straight and narrow path the Bible mentions. These things must happen and what we are experiencing now are just “the birth pangs,” Matt. 24 speaks about. Just as how an old building crumbles and rises again when a new structure is erected, so must the people of God look to that hope of rising from the crumble to be born again as a child of the coming kingdom of God in which the Saviour of the universe says “Behold I make all things new,”( Rev. 21:5).