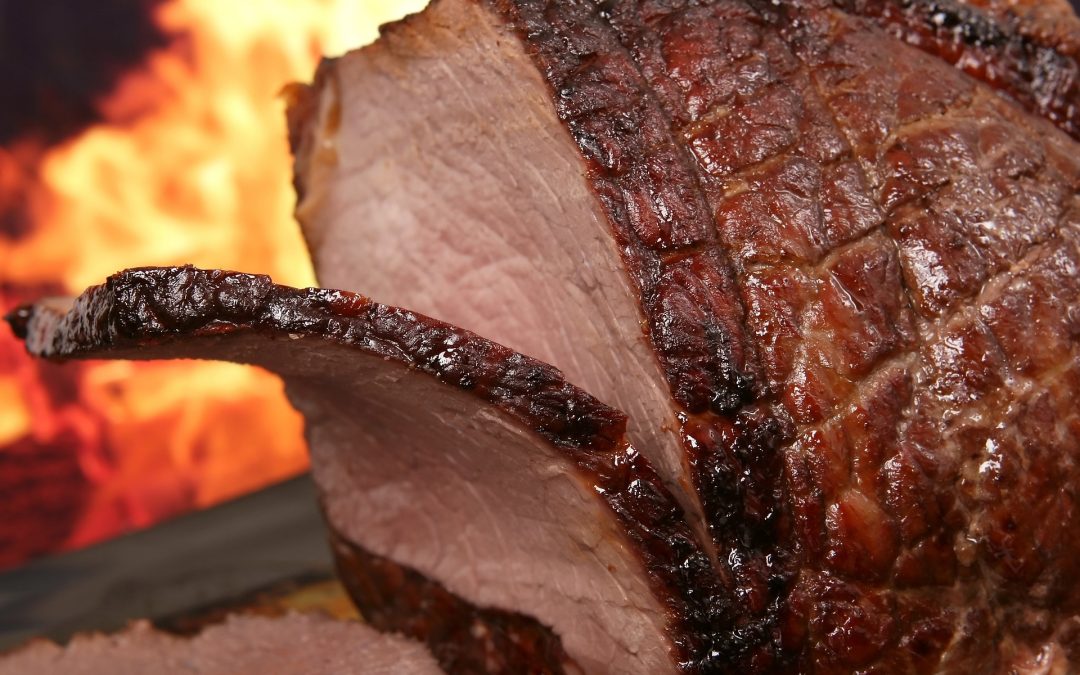 Whenever I’m engaged in a discussion about food with my Christians friends, who believe all foods can be eaten, I usually ponder them with this question. Do you believe Jesus Christ was a pork eater, a lover of shrimp, lobster, scallop, snails, eels, mussels, oysters, and all the other so-called delicacies?

The answers have always varied from I don’t know, I don’t suppose so, maybe, and in some instances, no. But the answers should be obvious outside any biblical support. Jesus was a Jew, and a devout Jew, would never consume meats or foods that deemed unclean in the Holy Bible.

If you were a true follower of Jesus Christ, why would you be putting into your body foods that are not healthy. Would you put water in your gas tank? The answer, I’m sure, is a resounding, no. Obviously, it would destroy your engine. Likewise, why should you put in your body (God’s holy temple), the flesh of scavengers? That’s what these unclean animals and shellfish are– they clean up the refuse at the bottom of the sea and on land. They are like vultures.

If you were a true follower of Christ and closely examine every scripture purported to sanction to eating of all foods, you would see the context is not about getting the go-ahead to eat what God prohibits. There is nothing in the Bible, both Old and New Testaments, that shows any of God’s prophets, disciples or apostles, eating unclean meats. Even the popular “rise Peter kill and eat,” (Acts 10) proof text that Christians love to pull out to defend their disobedience to God’s word, shows Peter even admitting to God, “Not so, Lord; for I have never eaten anything that is common or unclean.”

If our Christian friends would just read a little further in the chapter,  they would see that Peter, after admitting in verse 17 that he did not know what the vision was about, concluded in verse 28 that it was not about unclean meats. After all, verse 10 tells us he fell asleep on a hungry stomach and naturally, a dream about food was a likelihood, but that was not the meaning of the dream.

It is interesting to note unclean animals are never described as food  in the New Testament; they are either mentioned as beasts of burden (John 12:15) or mentioned in a negative way (Matthew 7:9-11; Luke 11:11-12; Revelation 16:13; 18:2). Furthermore, there is no debate in the New Testament about whether one should eat unclean food or not; what the debate is about are the “common” or foods sacrificed unto idols.

Jesus Christ never purged all meats clean. In Mark 7:18-19, Jesus says “ Do you not perceive that whatever enters a man from outside cannot defile him, 19 because it does not enter his heart but his stomach, and is eliminated, thus purifying all foods?” To say He declared all foods clean here, is way out of context and is just proof texting.

The phrase “thus purifying all foods” is not in all manuscripts, it was added; Jesus is asking a question, not making a declaration of anything; read the chapter carefully and you will see the reason Jesus made this statement was in response to the Pharisees complaint  the disciples did not wash their hands in the tradition of the elders.

When Romans 14:14 says “no food is unclean in itself,” it does not give the okay to eat anything. Here is the only place the KJV translates the Greek word koinos as unclean. The proper translation is common. How come? If it means unclean in Romans 14:14, it means our faith (Titus 1:4) and salvation (Jude 3) are unclean. It is the same word koinos used there. Again, the subject being discussed in Romans 14 is not about worshipping on any day you wish or unclean meats, it is about vegetarianism.

The other N.T. passages that seemingly indicate everything can now be eaten would certainly contradict other scriptures that clearly state all foods are not to be eaten. God is always consistent and not the author of confusion. If someone is wrong, it is not God, rather it is man’s interpretation of scripture.

There were three main reasons given in the Bible for not eating unclean animals:

Take note, my Christian friends, God wants His people to be holy, to know the difference between clean and unclean. 1 Thessalonians 4:7 says, “For God hath not called us unto uncleanness, but unto holiness.”

Who are we to obey?  The lust of the flesh, God or mammon? We cannot have it both ways.

We don’t even need the Bible to tell us about the dangers of eating pork, although the greatest doctor of them all, YAHWEH, tells us not to eat it. Many professing Christians won’t listen to Him. One doctor, not a Christian, said this about eating pork, “There are reasons that the meat of the pig becomes more saturated with toxins than many of its counterpart farm animals. The first reason has to do with the digestive system of a pig. A pig digests whatever it eats rather quickly, in up to about four hours. On the other hand, a cow takes a good 24 hours to digest what its eaten.” In addition, there are countless diseases and health risks associated with eating pork.

Shellfish, like pigs, are scavengers and are in no way different in the harm they can render to God’s temple, your body. Let the doctor speaks again, “When contaminated shellfish are eaten by humans, serious illnesses such as gastroenteritis, septicemia, salmonellosis, hepatitis, cholera, and typhoid can result. … The consumption of raw shellfish, even if harvested from open areas, can carry an inherent health risk.”

God is the Master Physician. He created everything, and knows what is right from wrong. He tells us He never changes–always the same. Why would He declare some meats to be unclean in the beginning,  change His mind and make them unclean later on? Believe me, God does not think like humans; He is the same yesterday, today, and tomorrow.

My Christian friends who eat pork, shell fish and all the other abominable things they deem as food that God has declared clean, here are two very significant scriptures to consider.  Rev. 18: 2, a prophetic scripture, says, “…a haunt for every unclean bird, a haunt for every unclean and detestable animal.” This is describing the fall of Mystery Babylon in the time of the end. The scripture is telling us that God still deems some birds and animals unclean. If He had declared them clean, why in the end time is He calling them unclean. Who is confused here? Certainly, not God!

Here’s another one. The prophet Isaiah (66:12) tells us in the time of the end of the end a returning Jesus Christ coming with wrath against the eaters of swine flesh.  “For by fire and by his sword will the Lord plead with all flesh: and the slain of the Lord shall be many. 17 They that sanctify themselves, and purify themselves in the gardens behind one tree in the midst, eating swine’s flesh, and the abomination, and the mouse, shall be consumed together, saith the Lord.”

My friend, did Jesus Christ ever eat pork, shelf fish and the other “foods,” he deemed not fit for human consumption? You know the answer!  If your body is the temple of the living God, you need to give an honest answer. If you are a follower of Jesus Christ and claim to do the things He says we should do, then you need to be honest with yourself. For more on this subject, download our FREE booklet, Have the Old Testament Dietary Laws been abolished?