“Fire and fury like the world has never seen” 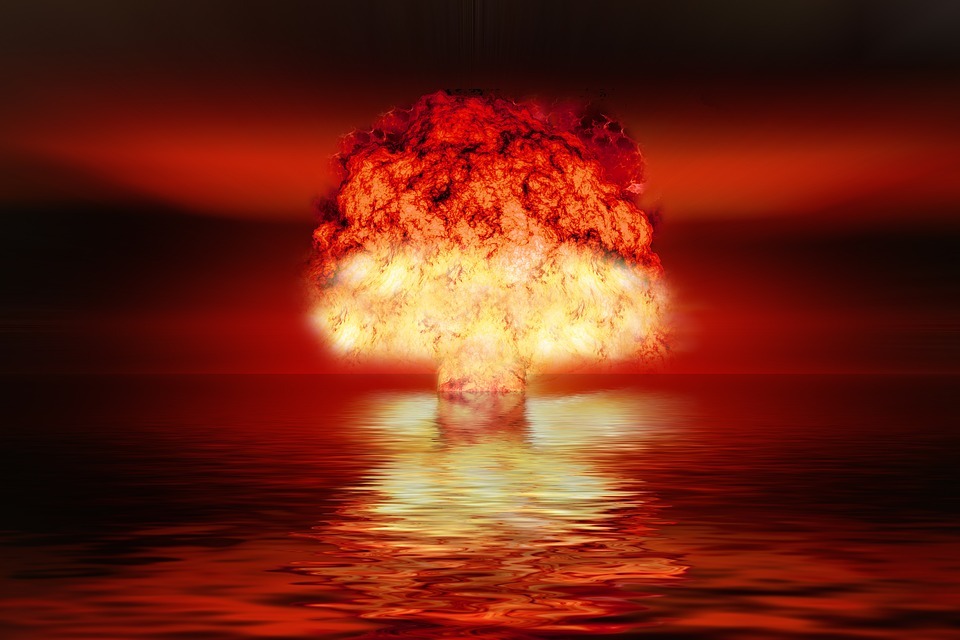 American President Donald Trump does not like the utterances of North Korean leader Kim Jung un in hurling threats to dump missiles on U.S. territory. Who would anyway?

The North Korean despot threatened to strike, Guam, the American territory in the Pacific about 3,400-kilometres from the Korean Peninsula. His remarks followed reports the hermit nation possesses technology needed to strike the U.S. with a nuclear missile.

The U.S. President hit back with a threat “with fire and fury like the world has never seen.”  The quote reminds me of what Jesus Christ says in Matt. 24, 21 as we enter a time of great tribulation in the time of the end. “For then there will be great tribulation, such as has not been since the beginning of the world until this time, no, nor ever shall be. 22 And unless those days were shortened, no flesh would be saved; but for the elect’s sake those days will be shortened.”

The language of verse 21 speaks of a catastrophic time coming upon the Earth. President Trump’s remarks pale in comparison to what will unfold on humanity in the years ahead. They might have sounded like strong language to use especially at this time when so many warring nations are seeking peace, when acts of terrorism rear their ugly head, driving many nations and people to go about their daily lives in fear.

Our current day challenges of life make us preoccupy with trying to survive as a species overlooking the harsh reality of what lies ahead. The harsh reality is a time is yet ahead when “… in those days shall men seek death, and shall not find it; and shall desire to die, and death shall flee from them,” (Rev. 9:6).

As we go through challenging times when no nation is safe from the likes of the North Korean dictator, we must ignore what the Holy Bible has been warning for millennia… “the whole world lies in wickedness.” 1 John 5:19.  We as a species should “prepare to meet thy God.” No matter how much we want to ignore the God of the Bible and want to embrace and respect strange gods, the God of Abraham, Isaac and Jacob or YAHWEH is returning, and before He does, we must be prepared to go through some testing times.

The threats from the likes of Kim are  what to be expected. They are the “birth pangs” Matthew 24 speaks of… “the beginning of sorrows.”  There’s much greater disastrous and cataclysmic events to be unleashed on a people who have simply reject God and have literally booted Him out of their lives “even as many as God shall call.”

What words does the Bible have for the North Korea dictator and the others who behave like him?  Rev. 6: 14 “Then the sky receded as a scroll when it is rolled up, and every mountain and island was moved out of its place. 15 And the kings of the earth, the great men, the rich men, the commanders,[g] the mighty men, every slave and every free man, hid themselves in the caves and in the rocks of the mountains, 16 and said to the mountains and rocks, “Fall on us and hide us from the face of Him who sits on the throne and from the wrath of the Lamb! 17 For the great day of His wrath has come, and who is able to stand?”

Watch out Kim? You are not God or a god. You, like many people, will have to answer to the only True and Living God! It’s just a matter of time. For more on this subject, download our FREE booklet A WORLD IN TRANSITION; A prophetic seasonal change? (Parts 1 and 2)