God is everywhere – even in the snowflakes! 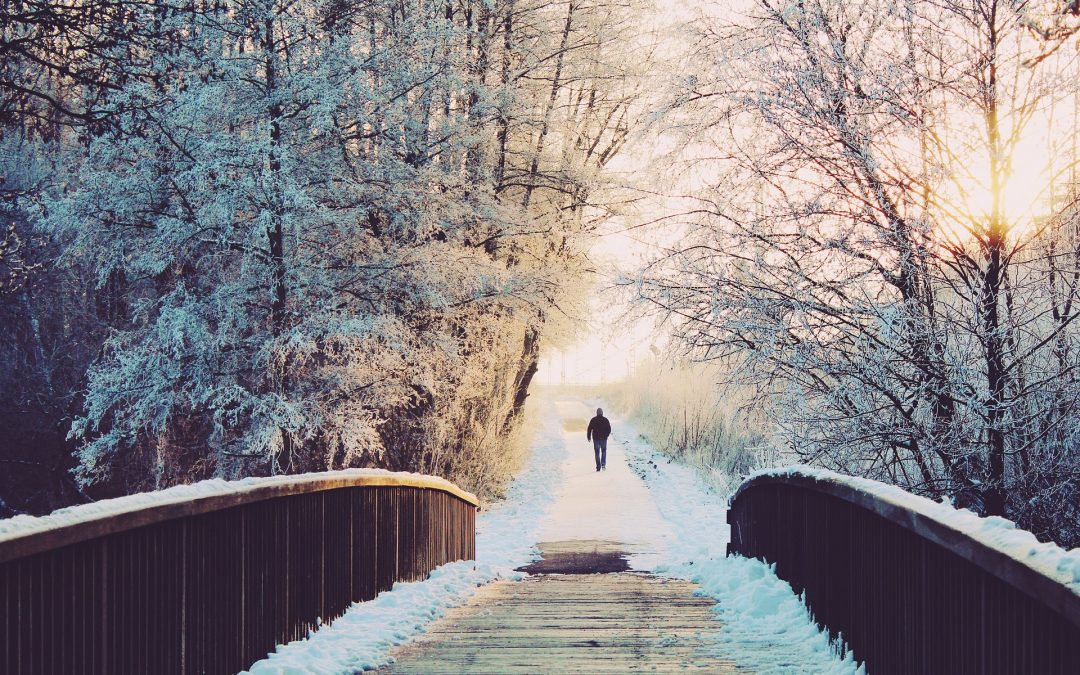 The winter is one season of the year that I don’t enjoy. While I like to see the snowflakes tricking from out the fleecy white mass of clouds, especially if I’m indoors, I don’t like to face it outside. When that gust of wind tries to stir it up from its resting place, and that cold blast of wind caresses your face, finding those exposed ears and face, that’s when Old man Winter is no longer my admirer.

I dread winters. I pray for it to disappear quickly not the gradual introduction of cold weather that swallows the heat of summer and before you know it, October going into November brings the grim reminder that winter draws nigh.

Nevertheless, winter is a beautiful season. Winter shows how awesome our God is, as He creates variety in flora and fauna, seasons, humanity, and the universe on a whole. Winter is a feast to the eyes to watch those snowflakes take their places on roads, grass, building tops, cars, trees and everywhere that is exposed to the elements that time of the year. In its own unique way, winter has its place in the cycles, patterns and natural laws of the Earth’s existence as a planet habitable to human and other forms of life. Certainly, the land gets its well-deserved rest, some animals hibernate, and plants go to sleep to spring afresh once the cold gives way.

The number of cubic feet of snow that falls on the planet each year is about 1 followed by 15 zeros, which is a million billion, estimates cloud physicist Jon Nelson at Ritsumeikan University in Kyoto, Japan. He has studied snowflakes for 15 years. A all this snow weighs about a million billion kilograms. Wow! Notice this is just an estimate as it would be impossible to get an accurate account. It’s like counting every grain of sand on a seashore.

The more pertinent question is; the uniqueness of each snowflake just happened by chance, came out of a chemical soup or a big explosion? Far from it! What I see in the snowflakes, every single one of them, is the hand of God. The Great God of all humanity is omniscient – He’s everywhere, even in the snowflakes.

John 1:3, “Through him all things were made; without him nothing was made that has been made.” Job 12:7, “But ask the animals, and they will teach you, or the birds in the sky, and they will tell you; or speak to the earth, and it will teach you, or let the fish in the sea inform you. Which of all these does not know that the hand of the LORD has done this?  In his hand is the life of every creature and the breath of all mankind.”

Why is it so difficult to accept such a simple answer to a question that many are still using foolish and illogical theory to explain? Their theories don’t make sense, yet they have become dogma in our institutions of higher learning and are accepted among the brightest of our minds on the planet. Pity!

When you see the snowflakes, just think of the mighty works of an All-knowing, Almighty and All-powerful God.  Psalm 95:4, “In his hand are the depths of the earth, and the mountain peaks belong to him.  The sea is his, for he made it, and his hands formed the dry land.”  Job 37:4, “Listen to this, Job; stop and consider God’s wonders. Do you know how God controls the clouds and makes his lightning flash? Do you know how the clouds hang poised, those wonders of him who has perfect knowledge?”

Our God is an awesome Creator. He looked over His creation and said it was good. Whatever is gone wrong with His creation was brought about by sin, but the good news is that is going to change in the fullness of time. The Word of God gives us hope.

Romans 8:18, “For I reckon that the sufferings of this present time are not worthy to be compared with the glory which shall be revealed in us. For the earnest expectation of the creature waiteth for the manifestation of the sons of God. For the creature was made subject to vanity, not willingly, but by reason of him who hath subjected the same in hope, Because the creature itself also shall be delivered from the bondage of corruption into the glorious liberty of the children of God. For we know that the whole creation groaneth and travaileth in pain together until now. And not only they, but ourselves also, which have the firstfruits of the Spirit, even we ourselves groan within ourselves, waiting for the adoption, to wit, the redemption of our body.” For more on this subject, download FREE our booklet THE AWESOME POWER OF GOD.