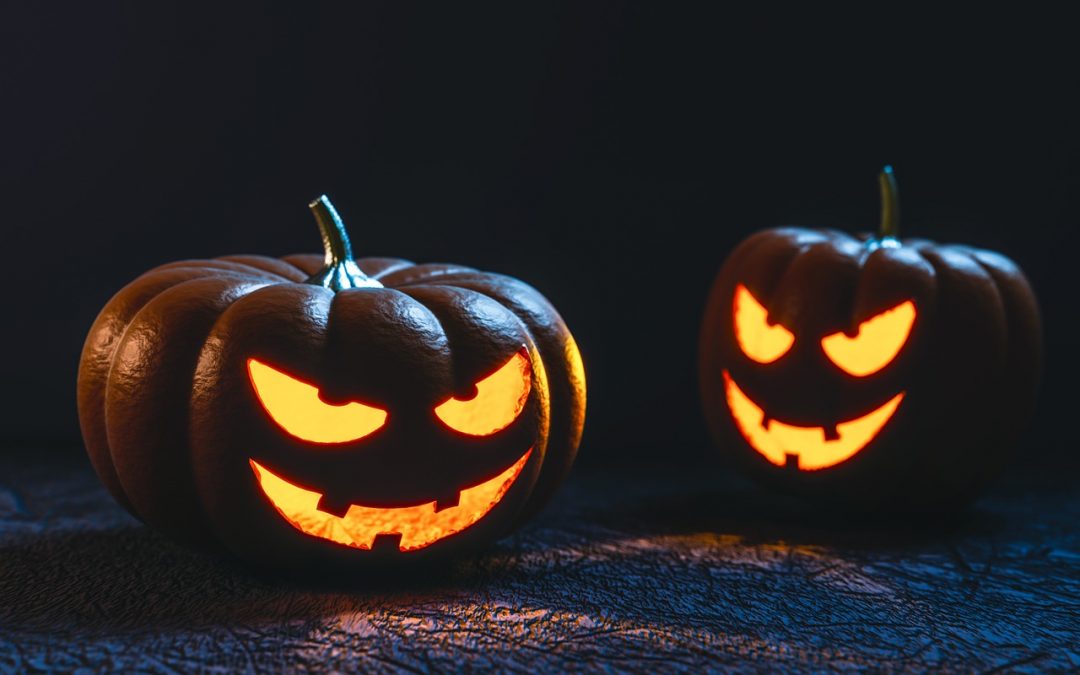 From as early as August each year, Halloween decorations begin to peek out of retail stores and some people even have their spooky characters on their porches and front doors. They do this with a passion not to be left out of what has become a kind of national holiday in North America.

Although Halloween is observed mainly in North America, other holidays around the globe are similar to Halloween. In North America and Europe – The Day of the Dead; in South America, Kawsasqanchis; Africa, Dance of the Hooded Egunguns, and Asia, Bon Festival.

On the eve of the holiday, celebrated on October 31, annually, many workers get the afternoon off to get time to prepare for a night of “fun.” Some companies host Halloween parties, adults have their individual get together, while the children for the most part, go trick and treating. Overall, in the eyes of many people, it’s a time for celebration, but celebration of what, the more conscious among us might ask?

Our society has a way of liking to delve into the unknown, dedicating precious time to a cause without even stopping to think about exactly what they are doing. We have a tendency to be lazy to determine what may be harmful and what is not. We have a natural curiosity to expend energy and resources in areas where there’s some kind of prohibition or where the Creator of the Universe warns “thou shalt not…”

As I mentioned earlier, our society regard Halloween as a holiday, but how many of us stop think the word holiday literally means a holy day.  Furthermore, the root word of Halloween is all hallow’s eve or hallow. Hallows means, consecrated or set apart for holy use. What is holy about Halloween should be the next question. What is it with these orange dark brown/black or orange colours we see prominent in Halloween decorations? What is Halloween?

There are many people, and don’t be surprised if they run into millions, who are celebrating Halloween and even Christmas and Easter, without spending a minute to look into the origins of these festivals to realize they have nothing to do with the Word of God. If you are a faithful follower of the Holy Bible you can prove without the help of a pastor or priest, (many of whom are staunch advocates of Halloween, not to mention Easter and Christmas) that the Word of God has no such place for these festivals. Simply put, they are man-made traditions that have survived the centuries and are handed down to us today as Christian festivals. If you can find where the primitive church, the most authentic period of church history, kept those festivals then there would be a very strong argument they should be celebrated, according to the Word of God. The truth is the primitive church kept the biblical festivals of Lev. 23 and not the pagan-rooted festivals of today that pass for Christian.

Back to Halloween. Halloween, derived from “All Hallows Eve,” occurs on Oct. 31, “All Saints Day” or “All Hallows Day” which was the next Day, Nov. 1st. Halloween is the eve of All Saints Day. The origins of Halloween date to ancient Ireland and Scotland. On Oct. 31st the Celts celebrated the day when herders would move their animals into barns and pens to prepare for winter. It was also the time of the crop harvests. A festival called Samhain, pronounced ‘sow-ane’ (Sow rhymes with cow) which means ‘end of summer’, marked this time.

However, in the 5th century, as the Catholic Church expanded, it adopted the Samhain celebration. Nov. 1st became “All Hallows Day,” the day when the Catholic Church honored its saints.  Oct 31 was “All Hallows Eve” which became “Halloween.” In later years, people would go door-to-door on Nov. 2 with small cakes in exchange for the promise of saying prayers for some of the dead relatives. This stemmed from the religious belief the dead were in a state of limbo before they went to heaven or hell and that prayers could impact their outcome. It is believed this was the forerunner to Trick-or-Treat.

Once we are going to get involved with consulting the dead or invisible spirits, we are stepping on dangerous grounds. There’s another dimension to the origin of this festival that involved witches, mediums and the occult.  The Wiccan religion follow ancient Celtic rituals and still call Halloween by its original name Samhain. For Wiccans it is the most sacred night of the year. “Christians ‘don’t realize it, but they’re celebrating our holiday with us. . . . We like it,’” USA Today said, quoting a witch.  Deut. 18:10-12, advises “Let no one be found among you who sacrifices his son or daughter in the fire, who practices divination or sorcery, interprets omens, engages in witchcraft, or casts spells, or who is a medium or spiritist or who consults the dead.  Anyone who does these things is detestable to the LORD…”

Vampires, witches, zombies and werewolves are associated with the demonic world. A celebration that involves these elements have no place in Christianity. The Almighty God is holy and you cannot mix the profane with holy and call it holy. Christmas and Easter are no different. You cannot whitewash pagan festivals and call them Christian, especially when there are no biblical precedents for that. Halloween, Christmas and Easter fall into the same category when it comes to paganism and no matter how inspiring a message you hear this time of the year about the virtues of observing such, the fact is the premise is wrong from the beginning. The fact is God tells us everything he wants us to do.

These instructions are all in The Holy Bible. God gives His festivals in Lev. 23 for us to celebrated his “appointed times,” (Hebrew; moeds)  (Gen. 1:14). The world mistakes them for Jewish when from the lips of God he says “even these are my feasts,” and the feasts of the Lord.” The question for those who embrace pagan-rooted festivals is: why not celebrate the festivals of the Bible rather than pagan festivals that God detests–they are an abomination to him! Let the Word of God speaks to that.

2 Cor, 6:16  What agreement can exist between the temple of God and idols? For we are the temple of the living God. As God has said: “I will live with them and walk among them, and I will be their God, and they will be My people.” “Therefore come out from among them and be separate, says the Lord. Touch no unclean thing, and I will receive you.” And: “I will be a father to you, and you will be My sons and daughters, says the Lord Almighty… Be careful to listen to all these words which I command you, so that it may be well with you and your sons after you forever, for you will be doing what is good and right in the sight of the LORD your God. “When the LORD your God cuts off before you the nationswhich you are going in to dispossess, and you dispossess them and dwell in their land, beware that you are not ensnared to follow them, after they are destroyed before you, and that you do not inquire after their gods, saying, ‘How do these nations serve their gods, that I also may do likewise?”

Parents, you have a responsibility to know exactly what you children are getting involved with; adults you have a duty to yourself and to God to look closer at these celebrations to understand that they have no place in worship or in the life of a Christian. Only you can decide whether Halloween is devilish or godly. It can’t be both! For more on this subject, download FREE our booklet TRICK OR TREAT?