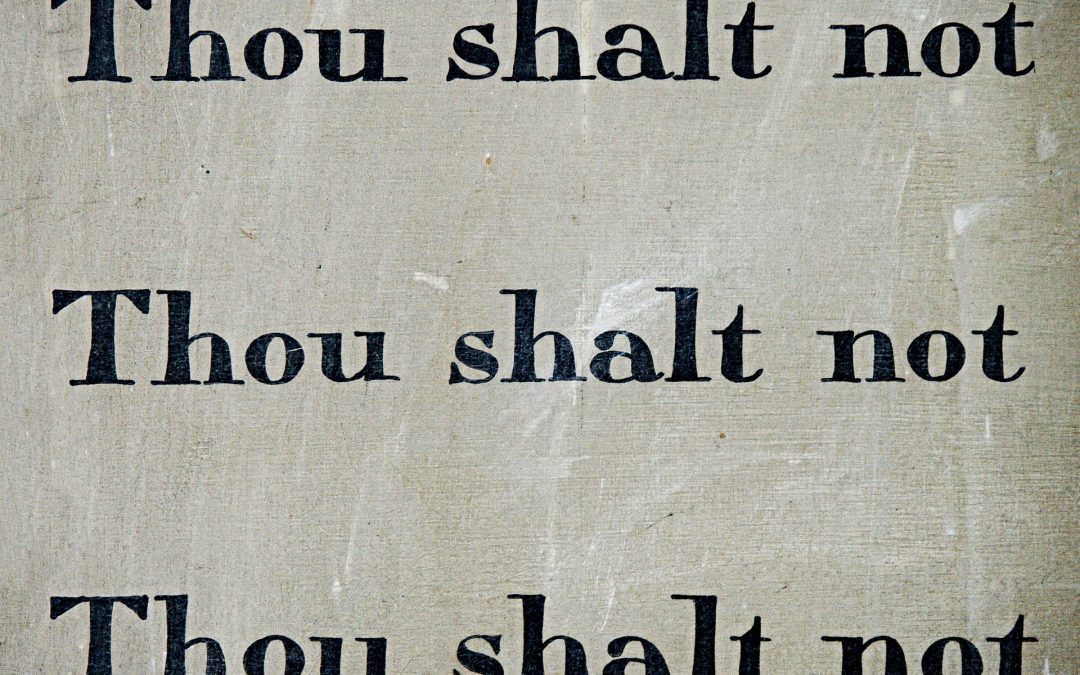 My friend looked at me sternly, raised his eyebrows, sending a pile of wrinkles into his forehead, which made him appear a bit older than his 42 years.

I declined his invitation to accompany him to meet a group of old friends from high school, whom I had not seen since graduation. I would have loved to meet them before their departure the next day to New York, where they had been living all these years.

Me: I worship on Saturday, the Sabbath. I’m sorry I’ll have to give up on this one. If it’s Saturday night, it’s okay, but not during the day.

Friend: They’re leaving in the afternoon. Why do you keep the Sabbath? Hasn’t the law been nailed to the cross?

Me: No, God’s law has not been nailed to the cross. Where does the Bible tell you not to keep the law?

Friend: C’mon, it’s stated clearly in the Bible that we’re no longer under the law. Christ came to fulfill the law. Why are you burdening yourself with the law that nobody can keep.

Me: Please don’t quote Col. 2:16. Can you spare me a few minutes to explain something perhaps you’ve never heard before.

He nodded his head in the affirmative.

Friend: I don’t have much time, but I’m listening.

Me: First let me ask you something about the Sabbath.

Me: Many argue the Sabbath was changed. Changed by whom? If the Bible is your sole authority on scripture, where does it say it has been changed? There is no such scripture found anywhere in the Bible. Jesus was on Earth for 40-days after his crucifixion and never once kept Sunday service, he went into the synagogue just like his followers. If the Sabbath was changed to Sunday, why didn’t Jesus changed it then or set the example for others to follow? Explain that!

Friend: I’ll have to research that.

Me: You can research and all you are going to find is the misinterpretation of scripture to try to justify Sunday worship without any scriptural foundation. Col. 2:16 “Blotting out the handwriting of ordinances that was against us, which was contrary to us, and took it out of the way, nailing it to his cross…” Many Bible translations render the same verse like this “having canceled the charge of our legal indebtedness, which stood against us and condemned us; he has taken it away, nailing it to the cross.”  All this simply means is Christ cancelled the record of our sins by shedding His blood for humanity.

The entire chapter of Col. 2 does not even mention the word law, but more importantly, what does the “handwriting of ordinances (or requirements) that war against us,” mean? Most people interpret this as the law. Far from it! This phrase means Christ wiped the slate clean for us. In other words, the note of guilt or debt we owed because of our sins He nailed to the cross.

Friend: Really?. Interesting. I thought this text was talking about the law. In fact, I took it for granted that because I often heard church members say the law was contrary to us, I take it to mean that was what was nailed to the cross. This calls for some more study on this subject.

Me: Furthermore, Christ did not come to fulfill the law.

Friend: Doesn’t the book of Matthew say that?  Matt 5:17 is often misinterpreted to mean Christ fulfilled the law so there’s no need to keep it, but it is the opposite. Think not that I am come to destroy the law, or the prophets: I am not come to destroy, but to fulfil. The word fulfil here does not mean done away; it means magnify or expand, hence Christ uses the example whereas in the Old Testament adultery was a physical act, in the New testament, it has been magnified to include lusting after a woman in your thoughts. Look at the next verse “…Till heaven and earth pass, one jot or one tittle shall in no wise pass from the law, till all be fulfilled.”  Has everything been fulfilled, according to the word and plan of God for humanity? Of course not! Christ has not returned as promised to establish His everlasting Kingdom on earth. God’s law, which is “holy… righteous and good,” (Romans 7:12) is eternal; it gives you an idea of who God really is, and what He stands for.

Friend: I have to go. Do you have anything I can read further on this subject?

Me: Sure. We have a very eye-opening booklets call The Ten Commandments,  Are Christians Under the Law? The New Covenant; Does it do away with God’s Law? that I’m going to recommend that you read. However, before you go, I want you to consider these scriptures. John 14:15, “If you love me, keep my commandments.”

Friend: It says that?

Me: Yes. Haven’t you been reading your Bible?

Friend. Wow! It seems there are parts of the Bible that have been hidden or is it that we have been ignoring them to suit our own beliefs. I know I love God, but can I love Him without keeping His commandments, as the Word says?

Me: You be the judge of that.

Friend. I have to go, please rush me those books.

Friend: Thanks a lot. We’ll talk.

Me: Our church door is wide open.

Friend: Maybe that, too.