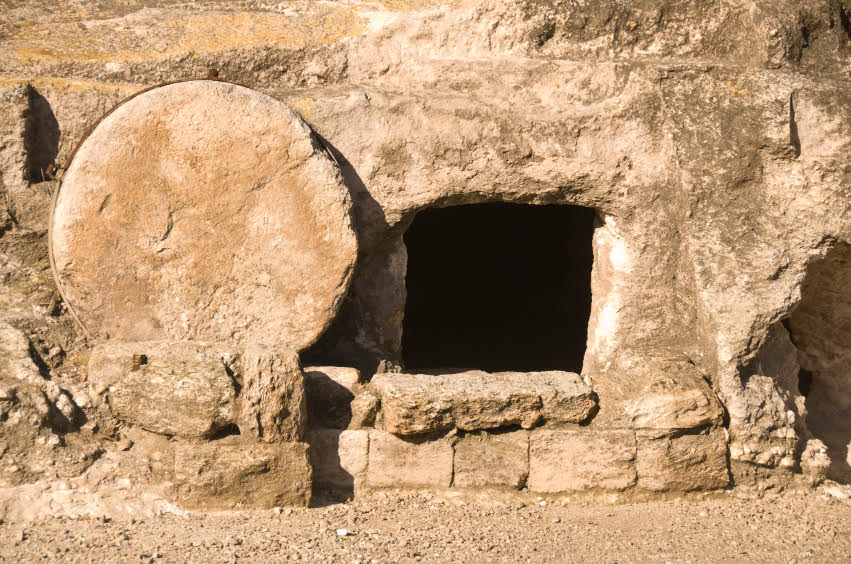 Is Jesus Christ still in the tomb? Has that body, broken for the sins of humanity, been lying in the dust since His horrible death nearly two-thousand-years ago? Millions of people believe Jesus never rose from the dead. Jesus died just like any other human being and is still dead, they claim.

If that latter statement is true, Christianity is also dead. Without the death, burial and resurrection of the Christ, there will be no basis for the religion, and no hope, for the billions of people who have ever been born. We, too, like Jesus, if that’s the case, will return to the dust and with no hope to ever live again.

On Sunday June 4, 2017 is the high Holy Day or annual Sabbath, popularly known as Pentecost and lesser known as The Feast of Firstfruits. It is one of God’s annual festivals of Leviticus 23 that He describes as “my feasts,” or “feasts of the Lord.”  These festivals are not Jewish feast days, as Christendom claim. They belong to God and were given to humanity, and yes, they were given to Israel because they were the only nation God was dealing with at the time (Psalm 147:20). Likewise, the Ten Commandments were given to Israel, too, and they are not to be kept by Israelites only, contrary to what many people believe. If one were to argue that the annual and weekly Sabbaths are Jewish, how about “thou shalt not murder,” or “shalt shalt not steal?” They would be Jewish, too. Right?

Nevertheless, the annual Sabbath of Pentecost, which falls on a Sunday each year, hence the term annual Sabbath, commemorates the birthday of the church, as most Christians know it. That is correct. However, what most Christians ignore is the fact that Pentecost is an Old Testament Festival and is one of God’s seven annual Sabbaths. Pentecost is not about a Sunday church service, as some preachers erroneously preach, neither it is about ‘speaking in tongues,” the modern day practice. The truth is Pentecost or the Feast of Firstfruits also pictures the resurrection of Jesus Christ. Indeed, Christ could never be dead! He’s alive! He now stands on the right hand of His Father’s throne ready to descend to Earth on the Second Coming.

“But now is Christ risen from the dead and become the firstfruits of them that are asleep. For since by man came death and by man came also the resurrection of the dead. For as in Adam all die, even so in Christ shall all be made alive. But everyman in his own order, Christ the firstfruits; afterwards those that are Christ’s at his coming,” I Cor. 15; 20-23.

The above texts spell out clearly and link inarguably the resurrection of Jesus Christ with the “firstfruit’ of the harvest. In other words, Christ’s resurrection sets the tone or is the forerunner for the future resurrection of the saints. It is not Easter that does this; it is the Feast of Firstfruits. The Feast of Firsfruits is all tied in with the “wave sheaf offering,” the first offering of the harvest with Jesus Christ sacrificing Himself and becoming the “first” of the saints to be resurrected.

When one grasps this understanding, how could the conclusion be He never rose from the dead? The rich imagery of Jesus dying and rising from the dead representing “the firstfruits” of the harvest of human beings is astounding. Hence, the importance of Pentecost in this regard is marred by another whole religion that comes from it in the teaching of the “speaking in tongues,” movement, which appears not to have a clue about the deeper meaning and significance of this festival as it relates to Christ’s resurrection from the dead. As an earlier article indicated, Pentecost is not about “speaking in tongues.” Surely, a miracle occurred on that day; those present was able to hear in their own (foreign) language (not gibberish as is typical of the tongue speaking movement). God sent The Holy Spirit as promised, the church was born, but certainly not to ignore, the message is about Christ and what His resurrection means for humanity. He died, rose from the dead, empowered the church through the Comforter, to grow in grace and knowledge, and to prepare His bride for the Second Coming, when many sons and daughters will now become “the firstfruits,” of the harvest. Indeed, Christ is not dead! He’s alive!  For more on this subject, please download our FREE booklets The Miracle of Pentecost and Answers to questions about The Day of Pentecost.