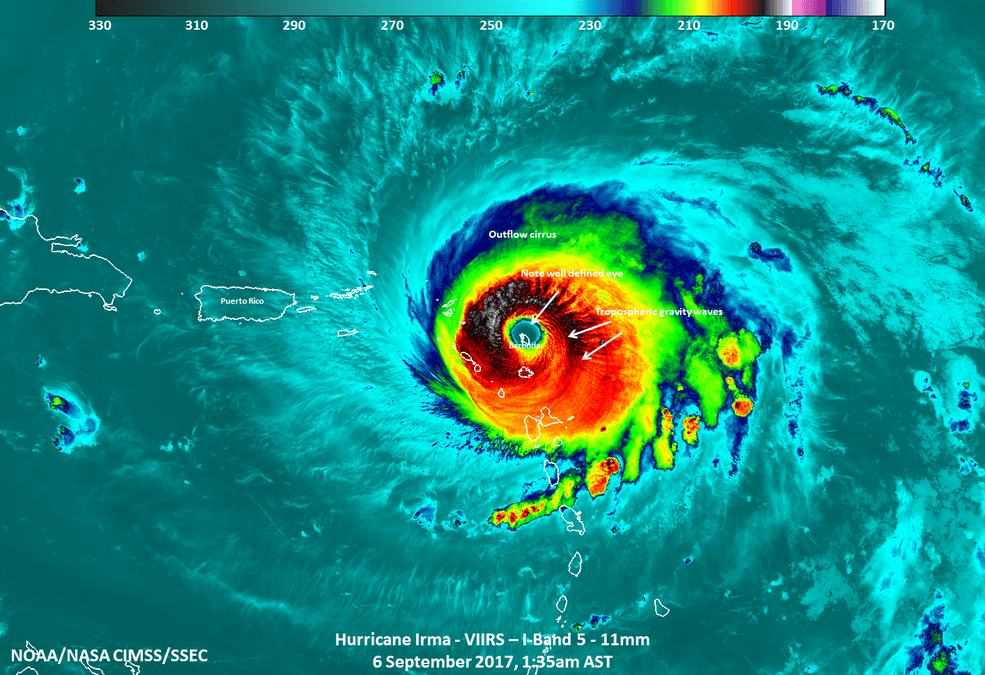 Each time a natural disaster strikes, be it hurricane, storm, flood, forest fire or earthquake, the question on many people’s lips is whether it is a punishment from the Almighty God.

It seems as if we feel so much guilt for our transgressions against our Creator that it’s not that difficult to pin a natural disaster as a sign of punishment from God. Our societies have become such sinful places that one cannot help but wonder whether God is behind what has been described as the biggest hurricane on record to come out of the Atlantic – Hurricane Irma, a Category 5. Jose, which soared to a Category 4, at one stage, follows closely behind.

Just two weeks ago, residents of Houston, Texas, were dealing with the onslaught of another powerful Hurricane – Harvey.   What’s going on?  It this global warming or climate change or whatever we often hear these days. Are these powerful hurricanes coming one after the other unusual? Does God have a hand in these “nuclear hurricanes?” These are the questions on many lips.

YAHWEH, the ONLY TRUE and LIVING God is sovereign. He’s in charge of the universe and does what He pleases.  He has every right to punish nations and peoples if He so chooses for any transgression, abomination or forbidden practice we see nowadays that have suddenly become virtues. Some may want to use these disasters to question His existence, mercy and love, but who are we to question whether God has every right to unleash his displeasure against human depravity?

The truth is God allows us to go through different experiences to achieve a common good. He can stand by and allow natural disasters to have an impact on our lives; at the same time, He could also intervene. While there may be times  God can used natural disasters to punish a nation or people, it does not mean every terrible disaster we experience is a punishment from God. We can read biblical examples when God does allow it to happen. We can also read of situations where God deliberately chose to punish people for their sins – the flood of Noah’s day as well as the destruction of Sodom and Gomorrah  readily come to mind. God had good reasons to send those natural disasters and he did just that.

Read this: 2 Chron. 7:13 “When I shut up the heavens so that there is no rain, or command locusts to devour the land or send a plague among my people, if my people, who are called by my name, will humble themselves and pray and seek my face and turn from their wicked ways, then I will hear from heaven, and I will forgive their sin and will heal their land.”

1 King 17: 1. “As surely as YAHWEH the God of Israel whom I serve* is living, during these years there will be no dew or rain except by my word!”

This is the Word of God telling us that he can do anything He pleases, including sending natural calamities. This is the Word of God informing us that, yes, God can used natural disasters to punish the world for its evil, if he wants. Did he say he is going to do that? Isa. 13: 11 “I will punish the world for their evil, and the wicked for their iniquity; and I will cause the arrogance of the proud to cease, and will lay low the haughtiness of the ruthless.”

Romans 1:18 “The wrath of God is being revealed from heaven against all the godlessness and wickedness of people, who suppress the truth by their wickedness.”

The hurricanes, earthquakes, floods, forest fires, terrorist acts that we are experiencing nowadays could be the fall out of our very sinful acts, in some cases.  Yet, they could also be a sign of the “birth pangs,” or the beginning of sorrows that the Bible tells us will befall humanity in the last days. Whether God uses them to punish nations or people for their wickedness is another matter. The truth is he can do just that if He wants. He is God. He is the Creator of all things!  For more on this subject, download FREE our booklet WHEN TRAGEDY STRIKES.