One of ‘traditional’ Christianity’s biggest errors 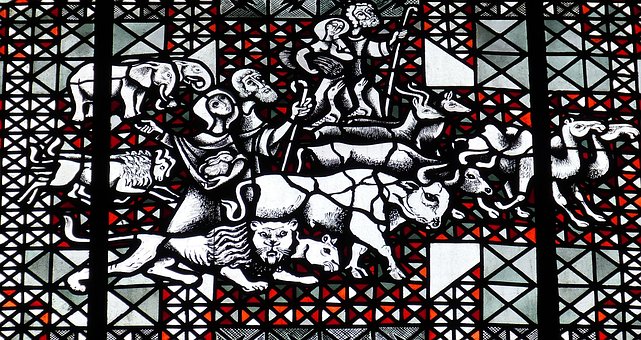 From October 5 -12, this year, a small minority of Christians across the world are observing the Feast of Tabernacles, one of the seven annual festivals or annual Sabbaths of God outlined in Lev. 23.The Almighty God calls them “my feasts,” and “feasts of the LORD,” not a Jewish or a feast for Israel. Unfortunately, traditional Christianity sees them as Jewish feasts, just like how it lumps the seventh day weekly Sabbath. Pity.

These festivals are important because God owns them. They are so important that from the very first week of creation God sets aside His “appointed times” (Heb: moeds), often rendered “seasons” in most bible translations. We see all the appointed times outlined in Lev. 23 – all the feasts and holy times of the Great God of humanity. These are sanctified days, holy days, as only God can determine what is holy; these are not man-made days such as Christmas or Easter.

We are told how the early church fathers fought against paganism in the early church. How then could the church ended up having its biggest holiest observations rooted in paganism – Sunday, Christmas and Easter? It has literally swapped Saturday for Sunday, the Feast of Tabernacles for Christmas and Passover for Easter. Why?

A haunting and uneasy reality of history is the level of anti-Jewishness that crept into the church within a few years of its birth – the Deicide. The belief that Jews were responsible for the death of Jesus Christ. They were called “the Christ killers.” Matt 27:24-25 is often cited as justification for the Deicide.

Well-respected early church fathers such as Justin Martyr criticised the Jews for rejecting Jesus, for killing him. Hilary of Poitiers (AD 291-371) wrote: “Jews are a perverse people accursed by God forever… a people who had always persisted in iniquity and out of its abundance of evil glorified in wickedness.”

The Bishop of Antioch, John Chrysostom, whose writings are often used in seminaries today wrote: “the synagogue is not only a brothel and a theatre; it is also a den of robbers and a lodging for wild beasts. No Jew adores God… Jews are inveterate murderers, possessed by the devil, their debauchery and drunkenness gives them the manners of the pig. They kill and maim one another…The Jews have fallen into a condition lower than the vilest animal…. The synagogue is a curse, obstinate in her error… Jews are abandoned by God and for the crime of deicide, there is no expiation possible…The Jews sacrifice their children to Satan….they are worse than wild beasts.”

There are many others who said horrible things about the Jews, including the famous Martin Luther, whose anti-Jewish stance undoubtedly played a role in shaping early Christian thought. Author Burton L. Visotzky, Ph.D. of the Jewish Theological Seminary says, “in the early church literature, Christians are really desperate to separate from Judaism and to distinguish themselves. As a result there is the appearance of a great deal of anti-Judaism or anti-Semitism. Some of it is invective—nasty comments about Jews. Some of it is pushing away from what they saw as Old Testament religion.”

It is clear in history the primitive church held on to the basic tenets of the teachings of Jesus and His followers and right up to the apostolic age. They taught no Sunday worship, no Christmas, no Easter, Trinity, rapture, going to heaven or eating unclean meats. They kept the weekly Saturday Sabbath, the annual festivals or Holy days, the kingdom of God being established on Earth, duality in the God-head and no immortality of the soul. However, as Gentile influence, Greek philosophy, paganism and Hellenism crept into church in later years, the dominant theological thought pursued was to stay away as far as possible from anything that appeared Jewish.  What the Christian church ended up with today is a theology that bores no resemblance to the primitive church or what Jesus and His followers taught. It’s a hard pill to swallow, but it is true.

The Day of Discovery had a very good series some years ago on these Holy Days. The appalling conclusion by the presenter was Christian were not obligated to keep them, yet they are so big on the man-made days. How sad?  I remember watching another programme where the interviewer was talking with a Messianic Jew. The Messianic Jew asked if Christianity sees no need to observe God’s festivals how does it explain Zech 14, which says clearly ALL NATIONS will be required to keep the Feast of Tabernacles when Jesus returns. The interviewer skirted the question and went on to something else.
When will so-called traditional or orthodox Christianity ever accept that these holy days or annual Sabbaths belong to God and not the Jews or Israel alone?  ALL HUMANITY! Of course, they were given to Israel, but who else could they have been given to at that time? God was only dealing with one nation, thus all His laws and statutes were given to Israel, including these holy days. Yes, Mr. Preacher, tell your congregants the Ten Commandments are Jewish laws; thou shalt not murder is Jewish, and so are thou shalt not bear false witnesses and thou shalt not commit adultery.

Please don’t tell your congregants that the Sabbath is Jewish because all the commandments were given to Israel, just like these holy days. Please don’t mislead your congregants by telling them the Sabbath command is not repeated in the New Testament because it is: a careful study of Hebrews 4:9 will reveal the correct translation is, as some Bibles are now rendering it; “there remains, therefore, the keeping of a Sabbath (GRK: sabbatismos) to the people of God.”

Also, you are misleading people when you tell them the Sabbath is not given in the New Testament because if one were to reason that way, then “Thou shalt have no other gods before me,” and “Thou shalt love the LORD thy God with all thy soul and thy heart.” and “Thou Shalt not take the LORD’s name in vain,” are not there either. Do you still follow those three commandments? If you break one of the Ten Commandments, you are guilty of breaking all. Just a reminder!

Traditional Christianity has a deceitful way of branding churches that keep the Sabbath or holy days as cults. They keep pagan holy days such as Christmas and Easter and they are true Christians, yet the ones that follow the Holy Days of God are cultists. Would you call the apostle Paul and the others for not teaching Trinity? The Trinity is such a confusing teaching that many pastors can’t even explain it. God says simply he’s NOT the author of confusion. How can it be of God when it is so confusing? The spurious biblical texts used to explain it adds more misunderstanding rather than provide clarity.

Some of the early church fathers threw the baby out with the bathwater, so to speak. They threw out God’s holy days and hug man-made pagan days instead; they embraced unbiblical teachings such as going to heaven, an ever-burning hell and the immortality of the soul, and said God’s law was “done away” with and the pagan (Mithra: Lord’s Day) Sunday is the new day of worship. Says who? Surely not the Word of God.

Jesus Christ kept the Feast of Tabernacles and the other festivals, so did His disciples and later His apostles and the apostolic church. Jesus Christ created the annual and weekly Sabbaths and He says clearly in His word (Isa 66:22) when He returns all nations will appear before Him on the Sabbath. All nations will also be required to keep these festivals or they will be punished (Zech 14).

Why then is traditional Christianity not keeping them? Is God confused? God forbid. That’s how some churches are making Him out to be. Why would God abandon these days now when He create and sanctify them in the beginning. Jesus kept the Sabbath (not a single Sunday after His resurrection) while He was on Earth, His followers did just the same, and says when He returns ALL NATIONS (not just Israel) will have to keep them. DOES IT MAKE SENSE WHY WE SHOULD NOT BE OBSERVING THEM NOW?

Some Christians would argue that these are just days or shadows, the substance is Christ. If they are shadows, then it means the real thing is yet to come, but it does not mean you are not to keep them.  Well, yes, they are just days, but then WHY DO YOU KEEP CHRISTMAS OR EASTER?  What’s the difference? The difference is one is man-made, the other God-made. Aren’t Christmas and Easter just days, too, albeit pagan? Wouldn’t it be wiser to keep God’s ordained days, be they Jewish or not, than pagan days which God says He hates (Deut. 12), and have nothing to do with Him?

Christianity has come up with every clever argument, proof texts, and excuses that these days are not for Christians. BUT ask yourself, which one seems more logical? To keep the days that God gives us, even if they are JEWISH, or keep pagan festivals white-washed and called Christian, that God does not sanctify and sees as abominations as they are using the practices of false religions. I don’t know about you but I would want to take the chance in observing the God-given days.

Some may argue the exact days do not matter. If they do not matter, well you would have starved to death if you were waiting on God to fall down manner from the sky on the Sabbath. When Christians will ever get it that what God says is HOLY man cannot make unholy and what man says is holy is NOT holy in God’s sight because they don’t have the authority to make something holy.

In conclusion, the bottom line is; whether you want to follow God or mammon, you will have to decide, but you cannot say you did not know, as you have been warned to study the Word of God to “show yourself approved,” and stop relying on men to interpret the Word of God for you. If they are in error, you are in error. As in the days of the Pharisees, it was the tradition of men that took precedence over the Word of God. Jesus Christ calls that worshipping him in vain. That is something to think about immediately! May God open your eyes to this glaring error in Christianity by rejecting His annual festivals and embracing pagan-rooted celebrations that have nothing to do with HIM. For more on this subject, download FREE Facts you should know about Christmas; How was Passover replaced by Easter? Did the Apostolic Church observe the Sabbath and the Holy Days? and The Fall festivals.