Overcoming the fear of death 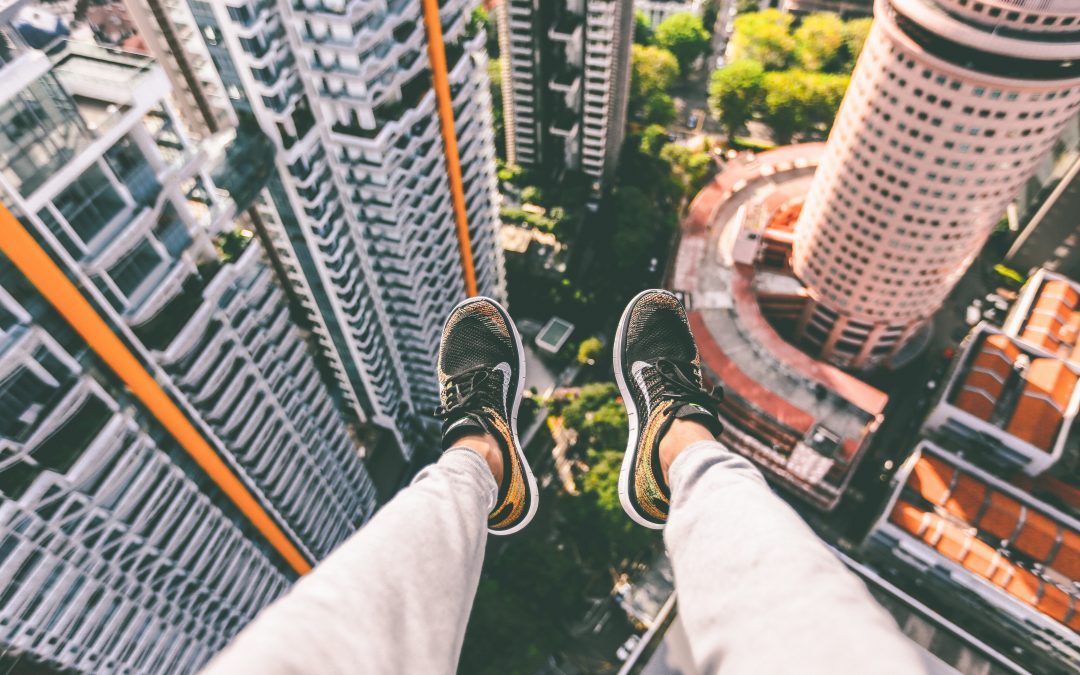 I had a fear of death in my youthful days. When I say fear, I mean “fear” in every sense of the word. Some synonyms–“afraid of; be fearful of; be scared of,” or as a noun, “an unpleasant emotion caused by the belief that someone or something is dangerous, likely to cause pain, or a threat.”

The verb (expressing an action or a state of being) would hit home the most because I was “afraid of (someone or something) as likely to be dangerous, painful, or threatening.” I based my fear on the unknown or the fate of the dead.

Sleepless nights reigned in my young days. When someone died in the village, I wondered about I perceived back then as “my bitter end,” and when it would be. The fear of the unknown instilled in me a sense of defeat, yet in one way, I became curious more than ever to discover what happens when you go six feet under.

My father must have realised my fear because his pronouncements occasionally that there’s a secret in death that no man knoweth, a purported text from the scriptures, didn’t allay my fears, especially when I discovered in later years the Bible contains no such verse.

As a child, I stayed away from funerals. I avoided them. The nearest I recalled being to a coffin or casket was in 1963 when my mother brought home a colour magazine (Time or Newsweek) of President John F. Kennedy’s casket lying in state following his November 22 assassination in Dallas, Texas. I knew not the contents of the magazine, but being an avid reader, I peeked inside only to be a greeted with a big colour picture of his casket. I dropped the magazine on the floor and ran. My mother saw what happened and took up the magazine quickly. She knew then the picture frightened me.

Interestingly, about two years later, I remember searching for something to read only to find the same magazine staring me. Curious on the likely or unlikely impact the picture would have on me again, I decided to keep turning the pages. Matters of death were still high on my list of curiosity and remained ahead on my rather short list of fears.

I flipped the pages speedily, and when I saw the familiar picture before me, I closed the magazine abruptly, placed it back where I found it, and walked out of the room. The fear of death remained and continued to do so for many years. Those fears revived whenever there was a death in my community.

My paternal grandmother died when I was about 12-years old. My father took me to her home that memorable Friday night to get “one last look,” because we all knew she would die any time after reaching a ripe old age. Something stirred into me that night; something that began to change my outlook on death. Perhaps the nearness to her before she died, having gone over to look at her relaxed face or something I could not figure out.

In my early teenage years, my parents encouraged us to attend church and we did almost every Sunday. The church did not answer my questions then, as all I heard was the dead are in heaven…or hell and nothing more. Throughout my teenage years and into adulthood I had more questions and answers about death. I had a thirst to understand more about God and to learn exactly what the Bible says about death, but it was not until about fifteen-years later when I became a member of the Church of God, International that I got a clear understanding about death. Humans are flesh, temporary, and have an appointment with death. God created us from dust and when we die, we return to dust (the grave) and sleep until the day of resurrection. The redeeming sacrifice of Jesus Christ gives us the opportunity to escape “the second death,” which is not an ever-burning hellfire, but being thrown in a lake that burns with brimstone and fire as pictured in Rev. 20:14. Thus, the wages of sin is death and the soul that sinneth shall die. If we accept Jesus’ sacrifice, we should have no fear about death in this life.

The Holy Bible has a lot to say about death. Surely, there are several misconceptions and false notions about what happens when you die, but that’s not what this article is about. It is about giving you the assurance that there’s nothing to fear if you are a child of God. If you have not surrendered your life to Jesus Christ, then that is something to think about, moreso if you fear death.

I discovered the practical way to overcome that fear is to surrender to Jesus Christ. When you do, the comforting scriptures echoing the Word of God that we should not fear anything, including death, give much hope. While human beings “are appointed to die,” it is not the end. Death is only a transition in preparation for a life to come. You are the only one to determine whether it will be eternal life in the kingdom of God or the second and final death in the lake of fire.

You can overcome that fear when you read, “Even when I walk through the dark valley of death, I will not be afraid, for you are close beside me,” Psalm 23:4. Another one is Psalm 45:19, “As for me, God will redeem my life. He will snatch me from the power of death.”  Matt: 5:4 says “Blessed are they that mourn for they shall be comforted.”

A Scripture such as John 5:24 gives much comfort about our future.  “Verily, verily, I say unto you, He that heareth my word, and believeth on him that sent me, hath everlasting life, and shall not come into condemnation; but is passed from death unto life.”

A child of God will eventually get the victory over death because our Lord and Saviour Jesus Christ died for our sins and can now claim victory over death. “So when this corruptible shall have put on incorruption, and this mortal shall have put on immortality, then shall be brought to pass the saying that is written, Death is swallowed up in victory. O death, where is thy sting? O grave, where is thy victory? The sting of death is sin; and the strength of sin is the law. But thanks be to God, which giveth us the victory through our Lord Jesus Christ,” I Corinthians 15:54.

Those who have died are sleeping in their graves just like how Jesus was in the tomb for three days and three nights. He rose from the dead afterwards, and we, too, will rise in a resurrection whether we are dead or alive at the Second Coming. There is nothing to fear when we read a scripture like this. 1 Thess. 4:13 “Brothers and sisters, we do not want you to be uninformed about those who sleep in death, so that you do not grieve like the rest of mankind, who have no hope. For we believe that Jesus died and rose again, and so we believe that God will bring with Jesus those who have fallen asleep in him.”

The truth is overcoming the fear of death lies in the belief that the sacrifice of Jesus Christ has rescued us from the consequences of sin, which leads to death. Once you come to this realization, you are on the way to overcoming death. May God guide you in this direction.