Passover versus Easter: A letter tells the truth 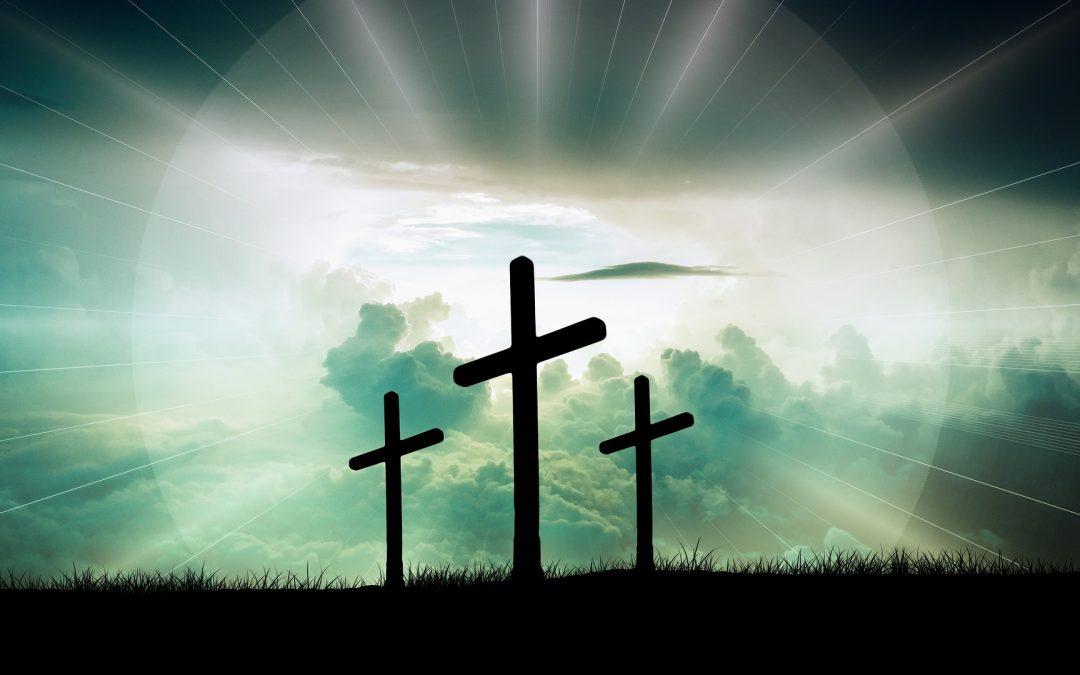 Controversy was brewing again, not a bit unusual in religious circles in the Second Century A.D, especially since the departure of the highly respected apostle, “St. John.”

It was near to the close of the Second Century (around 196 AD) in Ephesus, Asia Minor, an area where great men of God such as the apostles John and Paul had trod the dusty and sometimes muddy roads to preach the gospel of Jesus Christ and His coming kingdom on earth. They did not teach about going to heaven, but gave hope to many that Jesus Christ would return soon to establish an everlasting Kingdom.

In the First Century, Paul wrote a letter to the church of God at Ephesus, admonishing the brethren there to, “Stand, therefore, having your loins girth about with truth…”  Paul also spoke of the ravenous wolves that would creep into the church at some point. But now, those stalwarts of the faith had fallen sleep and that very truth was about to be tested.

As these pillars of the church died one by one, more faithful men followed, striving to adhere to the “faith once delivered to the saints.” One such adherent in the Second Century was Polycrates, who presided over the Church of God at Ephesus. He came from a family of eight Christian bishops, all firm believers in the truths taught by the apostles. The apostle John passed down these teachings to another great student and Christian martyr Polycarp – Bishop of the church in Smyrna. Polycrates knew Polycarp and the teachings the apostle John taught him.

In Rome, near the end of the Second Century, the church from all around came together to discuss the paschal feast. A few years earlier, Polycarp was a central figure in this ongoing controversy because like the apostle John, and all the early followers of Jesus Christ, they worshipped on the seventh day Sabbath, Saturday and they kept Passover on Nisan 14, not Easter. Polycarp defended keeping the Passover against Roman Bishop Anicetus, who’s desire was to see the Passover replaced by another festival known today as Easter. Polycarp remained faithful to Nisan 14 for Passover, adamant the apostle John taught him this truth about Passover observance, not Easter. This became known as the Quartodeciman Controversy.

“A question of no small importance arose at that time. All the parishes of Asia remained faithful to the (biblical) older tradition, heralding that the 14th day of the moon (month) on which the Jews were commanded to sacrifice their lambs, should be observed as the feast of the Saviour’s Passover. (Eusebius, Church History, Book V Chapter 23).

To their credit, the bishops of Asia led by Polycrates, stood their ground and were not about to compromise on this truth. Polycrates insisted “we ought to obey God rather than man.” It was time to write a letter to Pope Victor. “We observe the exact day (Nisan 14 for Passover), neither adding, nor taking away,” was the first line of the letter, a reminder to the Pope that the Passover date cannot be changed by humans. Polycrates went on.

“For in Asia also great lights have fallen asleep, which shall rise again on the day of the Lord’s coming, when he shall come with glory from heaven, and shall seek out all the saints,” the letter continued. Unlike some of our preachers today, these men of God knew these saints were not in heaven, but awaiting the resurrection saints.

Polycrates went on to name some of them, “Among these are Philip, one of the twelve apostles, who fell asleep in Hierapolis; and his two aged virgin daughters, and another daughter, who lived in the Holy Spirit and now rests at Ephesus; and, moreover, John, who was both a witness and a teacher, who reclined upon the bosom of the Lord, and, being a priest, wore the sacerdotal plate. He fell asleep at Ephesus. And Polycarp in Smyrna, who was a bishop and martyr; and Thraseas, bishop and martyr from Eumeneia, who fell asleep in Smyrna. Why need I mention the bishop and martyr Sagaris who fell asleep in Laodicea, or the blessed Papirius, or Melito the Eunuch who lived altogether in the Holy Spirit, and who lies in Sardis, awaiting the episcopate from heaven, when he shall rise from the dead?”

Polycrates bolstered his position about retaining the Passover date by naming these martyrs, knowing personally at least one of them, Polycarp, who has endeavoured to keep the unity of the Spirit.” Then Polycrates gets specific about what they were observing. It is noteworthy, these saints were not observing a festival with eggs and bunny rabbits celebrating fertility or Easter, as some would have you to believe. They were insisting they would observe Passover, like their earlier brothers and sisters in Christ. They recognized what 1 Cor. 5:7 was saying that Christ is indeed “Our Passover,” not our Easter.

“All these observed the fourteenth day of the Passover according to the Gospel, deviating in no respect, but following the rule of faith.”

Did you note that? The saints of God in the Second Century observed “…the Passover according to the gospel,” not the Old Testament, but the New Testament.

“And I also, Polycrates, the least of you all, do according to the tradition of my relatives, some of whom I have closely followed. For seven of my relatives were bishops; and I am the eighth. And my relatives always observed the day when the people put away the leaven. I, therefore, brethren, who have lived sixty-five years in the Lord, and have met with the brethren throughout the world, and have gone through every Holy Scripture, am not affrighted by terrifying words. For those greater than I have said ‘We ought to obey God rather than man’…I could mention the bishops who were present, whom I summoned at your desire; whose names, should I write them, would constitute a great multitude. And they, beholding my littleness, gave their consent to the letter, knowing that I did not bear my gray hairs in vain, but had always governed my life by the Lord Jesus.”

Despite their defences, Bishop Victor ex-communicated from the church Polycrates and all the bishops who supported him. However, the bishop reversed his decision later on after several bishops, including Irenaeus, intervened. Little is known about what happened to Polycrates thereafter, but his letter to Bishop Victor is a testimony to those who stood up for truth, especially when they were in the minority. Today, the majority of Christians celebrate Easter, and only a small minority observe Passover.

We now have Easter as the accepted observation of the resurrection, a festival with roots in paganism. What do bunny rabbits, eggs and other fertility symbols have to do with the death, burial and resurrection of Christ? So the church abandoned the Passover and introduced Easter on a fixed date, the Sunday following the first full moon after the vernal equinox.

The fundamental question is which one of these observations is biblical. The one that describes the risen Christ as our Passover for which the Bible sets a date, or the one “the church” chooses on its own without any apostolic, biblical or divine authority? The festival, which is wrapped up with meaning and dedicated to our Saviour or the pagan-rooted festival that introduces symbols that have nothing to do with Christ? Only you can choose! We are grateful to men like Polycarp and Polycrates and the others who stood up for biblical truth. For more on this subject, download FREE our booklet HOW PASSOVER WAS REPLACED BY EASTER.