The Good News of the Second Coming 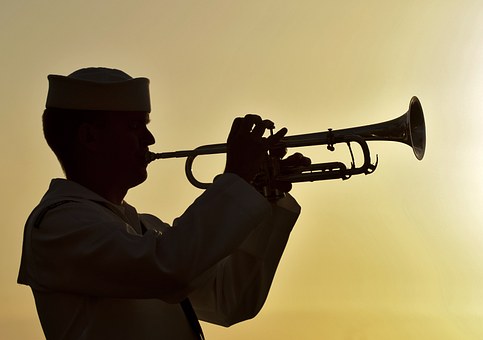 On September 21, 2017, is the Feast of Trumpets, an annual Sabbath or Holy Day, which celebrates the return of Jesus Christ to establish His everlasting kingdom. For the vast majority of Christianity it is a Jewish celebration, yet for a minority of Christians, and true to scripture God says “even these are my feasts,” or “the feasts of the LORD.” (Lev. 23).

The Feast of Trumpets carries a message of hope for Christians that God’s kingdom will solve all of humanity’s problem and reinforces humanity’s failure to govern itself with fairness, justice and equity. What better time to celebrate such a festival?

The good news is then JESUS CHRIST IS COMING AND NOTHING CAN STOP HIM. Yet, some people doubt His return while others have outrightly rejected it. Their point of view has been bolstered by scholars belonging to groups such as the Jesus Seminar and other liberation theologians.

“These (Jesus seminar) are not maverick scholars,” says one prominent theologians in describing their work, which has ranged from dismissing most of the sayings attributed to Jesus in the New Testament, to agreeing Jesus truly said the kingdom of God was already present in his day. These are highly respected scholars.

To the proposition, “Jesus expected to return as the Son of Man and usher in the new age,” 26 seminar participants said they “strongly disagreed,” two said they disagreed and two said they agreed. The Jesus Seminar, headed by Robert Funk, is a project of the Westar Institute in California, and is often controversial in most of its findings on the Bible.

In Jesus’ own words:  “At that time the sign of the Son of Man will appear in the sky, and all the nations of the earth will mourn. They will see the Son of Man coming on the clouds of the sky, with power and great glory. And he will send his angels with a loud trumpet call, and they will gather his elect from the four winds, from one end of the heavens to the other. (Matthew 24:30-31).

Here are some biblical facts.

Since the primitive church and the apostolic age, the promise of Christ’s return has been taught repeatedly. That truth is still being taught today by the Church of God.

The hope for humanity lies with the triumphant return of Jesus Christ when He shall replace all human governments with His world-ruling kingdom. “When the seventh angel sounded: And there were loud voices in heaven, saying, “The kingdoms] of this world have become the kingdoms of our Lord and of His Christ, and He shall reign forever and ever!” (Rev. 11:15).

Jesus is calling many sons and daughters to repent before He returns. Many are being called but only a few are heeding this call; they continue to doubt His return, despite end time prophecies which are pointing clearly to an end to human civilisation as we know it. It is a not a matter if Christ will return, it is a matter of when. Are you prepared? It is Christ’s desire to save as many people as possible. 2 Tim. 2:4 tells us: “Who will have all men to be saved, and to come unto the knowledge of the truth.”

A recent Gallup poll showed that 62% of the general populace had “no doubts” that Jesus will return. Among the 80% in the survey who said they were Christian, four out of five said they had no doubts about the Second Coming.

God warned Israel long ago about the need to draw closer to Him. It is still very much relevant today. “Therefore thus will I do unto you, O Israel: and because I will do this unto you, prepare to meet your God, O Israel.”  For more on this subject, download FREE our booklets, “The Fall Festivals,” and “Why Christ Must Return?”