The King is Coming! 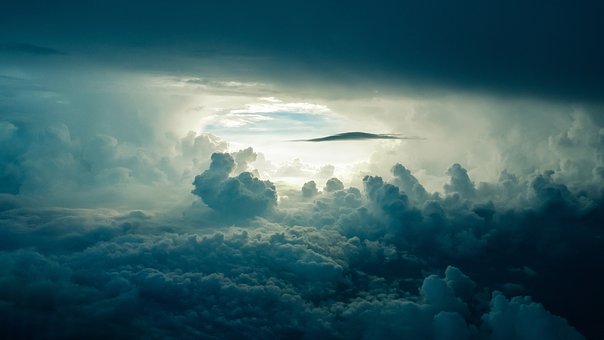 The month of September is a reminder of the only hope for the human race. On September 21, a small minority of Christians will celebrate one of God’s seven annual Sabbaths or Holy Days known as the Feast of Trumpets.  The Jews call it Rosh Hasanah or New Year.  To the world, it’s a Jewish celebration, but to the God of the Bible, YAHWEH and His son Jesus Christ, these are “my feasts,” meaning all seven annual Sabbaths found in Lev. 23.

You can ask any member of mainstream Christianity and they will readily tell you, as they hear it from their pastors, that these are Jewish feast days. How sad? Certainly, there are mentions in the synoptic gospels of them being Jewish. But then, only the Jews were keeping them at that time to this day. They owned them, so to speak, hence the attachment.

The Feast of Trumpets begins God’s fall Holy Day season – Feast of Trumpets, picturing the Second Coming of Jesus Christ; the Day of Atonement (Yom Kippur) reminds us of Christ’s atoning sacrifice for humanity, and The Feast of Tabernacles and the Last Great Day, which points towards the Kingdom of God being established on Earth.

How could mainstream Christianity ignore such meaningful days? “Even these are my feasts,” says the LORD. They have thrown out these sacred days of God and embrace pagan days such as Easter and Christmas, and don’t be surprised if they call you cultists for embracing God’s Holy days. How can you ignore, as a Christian, the primitive church was Hebraic in its belief system, its Founder Jesus Christ was a Jew, and He proclaims boldly “Salvation is of the Jews.” The primitive observed these feast days, not Easter or Christmas, which came in the second century AD in the case of the former, and fourth century AD, in the case of the latter.

The fact is Jesus Christ was the one who established these Holy Days (Gen. 1:14; Hebrew moeds translated season in most Bible but should be rendered “appointed times” for festivals.) Jesus observed them while He was on Earth, His disciples and apostles kept them throughout the apostolic age. They didn’t keep Christmas or Easter. Furthermore, the Word of God tells us ALL nations will be required to keep these festivals when Jesus Christ returns (read Zechariah 14). Here’s a logical question: if we are going to keep them in the future, why are we not keeping them now instead of the pagan-rooted days? Which one is more meaningful and sanctified by the Word of God? Once God sanctifies something as holy, human beings have no authority to change it, as only God can decide what is profane from what is holy.  The scriptures have No support for Christmas and Easter, but God’s festivals are all over the Bible. READ the boom of Acts, for example, to see the primitive church kept God’s seventh day Sabbath and annual Sabbaths or Holy Days. The scriptures mainstream Christianity use to justify Sunday worship, Easter, cannot stand up the scriptural scrutiny. It’s all about tradition, the influence of paganism and anti-Jewish sentiments that shaped Christian thought in the early church.

Indeed the King is Coming! The Feast of Trumpets warns us about that. I Cor. 15 and I Thess. 4 tell us the last trumpet will be blown blow before the return of Christ. In Revelation, seven trumpets will be blown and the last one will signal the return of Christ. How clear is it to all of us who observe God’s festivals to see the link with them and the plan of God for humanity. It could not be more clearer how the Feast of Trumpets is relevant for Christians today. This festival is so important to our only hope in the return of Jesus Christ. How could mainstream Christianity have missed this? To learn more on God’s festivals, download FREE our booklets COME TO THE FEAST; GOD’S SEASONAL PLAN; and THE FALL FESTIVALS