The Rapture: Fact or Fiction? 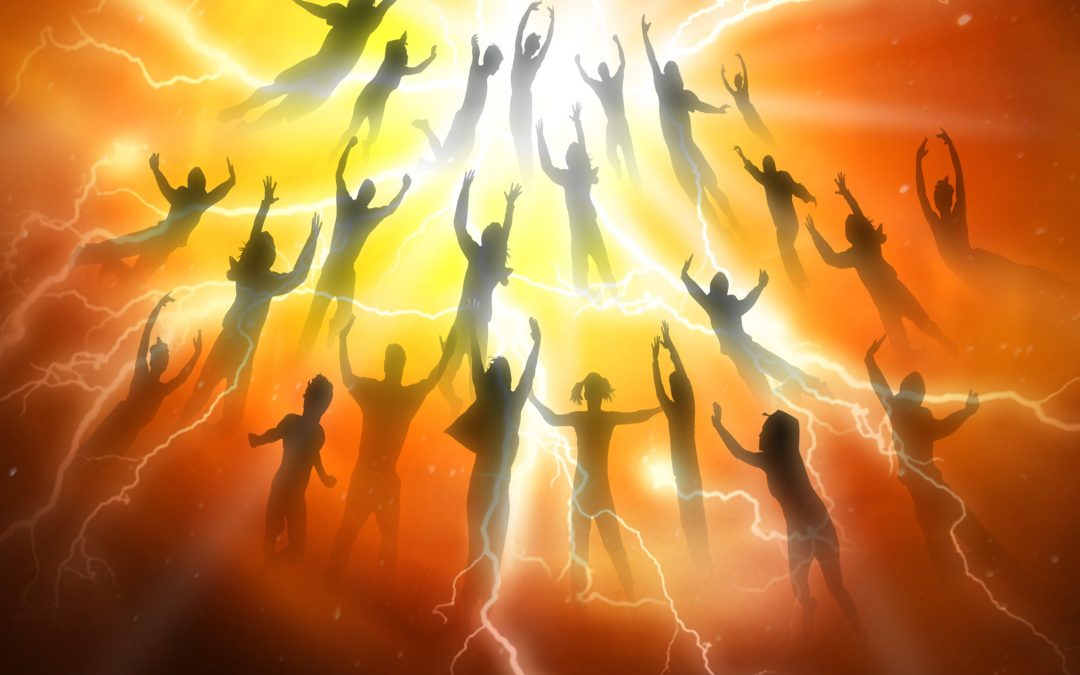 Millions of Christians are waiting to be raptured secretly to heaven at any minute, even as you read this article. They based their belief on the Holy Bible, yet on closer examination of the scriptures they use, this is not what God’s Holy book is saying. If the Bible is supporting a secret rapture. It would be contradicting itself.

Matt 24:31 shows the first act of Jesus Christ on His return is to “gather the elect from the four winds, from one end of heaven to the other.”  If the saints are already raptured in heaven, how are they going to be gathered at His return? It does not make sense. Those who believe in the rapture argue the elect here are the Jews, but that is a desperate attempt to defend the teaching with interpretations that are fraught with problems.

How can the elect be the Jews in this instance of gathering when they have rejected Christ? (Read Romans 11:17). While Israel (including the Jews) are God’s chosen people, they are not generally regarded in scriptures as the elect in every mention. Yet in a sense, the reference can be to spiritual Israel, which is correct in this instance, but not to all Jews as is the case with those who try to defend the rapture.

Well, these are “tribulation saints,” an invented term, they further argue in a last ditch effort to defend this false teaching. Get this. There is nowhere in the whole Bible that refers to a division among the saints of God. They are all saints. (Daniel 7:22; 27).

Another faulty interpretation is that between Rev. 4 and 18, the Bible does not mention church and that means it is not on Earth. That is making reckless assumptions, and if that were the case, how do you explain the mentions of the “saints” on Earth during that time? Read Revelation 12, 13, 14 and 15. For example, “And the dragon was wroth with the woman and went to make war with the remnant of her seed, who keeps the commands of God and have the testimony of Jesus Christ,” Rev. 12: 17.  Who is this referring to other than the church?  Satan the Devil is making war against the church, yet the church is supposed to be raptured to heaven. Does this make sense? We see a similar description of the church in Rev. 14:12.

Aren’t the saints the ones who make up the church? When the angel tells John in Rev. 4:1 to “come up hither,” it has nothing to do with any rapture. The same verse explains the reason John should come up. Read it! “Come up hither and I will shew thee things which must be hereafter.” Notwithstanding that, when you read the book of Revelation, you can see that sometimes John is on the earth and other times he’s in heaven as the vision unfolds.

Remember, the Bible only speaks of The Second Coming, not a third. Acts 1:9 tells you the same way he ascended, He’ll return “in like manner.” He ascended from the Mount of Olives and Zech 14:1 tells you the same day He returns “his feet shall stand on the Mount of Olives.” The Word of God is so clear yet some preachers confusing people? God is not the author of confusion (1 Cor. 14:33).

The rapture teaching is nothing but confusion and interpreting scriptures that are not there. Millions of people will lose faith because it won’t happen! Jesus Christ is not returning secretly for “all eyes shall see Him.” He’s returning with the saints because “they shall meet him in the air,” and where will He be? Zech 14:1 says He’s returning to Earth the same day; Christians won’t be going to heaven because Rev. 5: 10 tells us we are “God’s kings and priests and we shall reign on the earth.”   We could go on and on about why the rapture is not true. If you are waiting for it, think again!   For more on this subject, download our FREE booklets SHOULD YOU EXPECT A SECRET RAPTURE? or THE RAPTURE-IS IT REALLY GOD’S PROMISE?