Troubling times ahead for God’s people 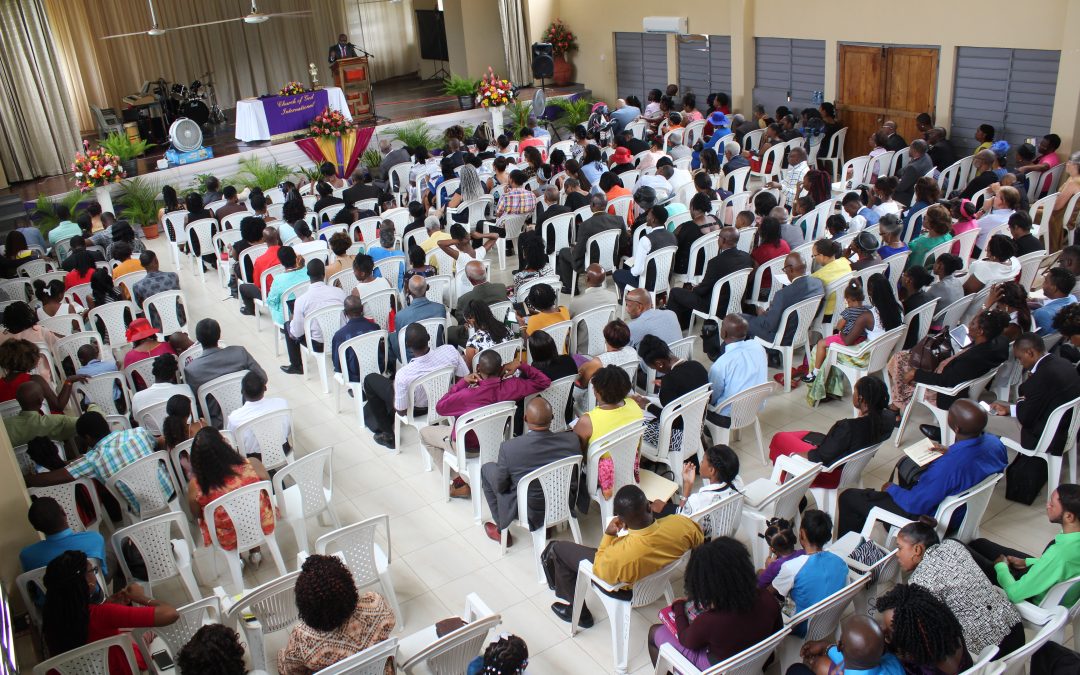 Most of God’s people have just returned from celebrating the Feast of Tabernacles, one of His seven annual Sabbaths or Holy Days given in Lev. 23, but ignored by the vast majority of professing Christians.

This annual celebration, which usually occurs in the fall, pictures the Kingdom of God to be established on Earth during the millennial reign of Jesus Christ. It’s not about Christians going to heaven to be with Christ, as most people believe, rather it’s about Christ returning to Earth to be with us, albeit a renewed Earth with the headquarters at the New Jerusalem.

During those eight days, Christians were cut-off from the world literally – no bad news, no workplace headaches, no family challenges or issues, but days spent celebrating and getting a taste of what it would be like under God rule, not man’s rule. Man’s rule is characterized by corruption in high places, unending poverty, crime, war, drug abuse, broken homes, sexual perversions, promiscuity, broken promises, and the list goes on. It’s no wonder we have such hopelessness in this age. Humanity is unable to solve the problems we have created on ourselves – all because of God’s prescription for our lives – follows His ways and not that of human beings.

As God’s people return to their homes from this joyful celebration, they must brace for the days ahead. Days that offer little hope things are going to get better for them. Instead, they must keep reminding themselves their respective situations will only get worse, and the collective outlook for the human race is one of despair. In other words, we need God; we cannot solve our own problems because they are not only physical, they are spiritual.

Humanity continues to play God and behaves as if we don’t need Him. Furthermore, if we do accept some kind of deity or divine entity, we are quick to embrace the false ones or anything that does not have a resemblance to YAHWEH or the God of the Bible. We continue to provoke the HOLY ONE to jealousy by embracing the created rather than the CREATOR.

The days ahead don’t hold much and no promise the lot of the ordinary human being will improve. Even if this is the case, the improvement is temporary – it won’t last long. The only thing that will last forever is God’s everlasting kingdom; that is why this annual celebration the Feast of Tabernacles is so meaningful and paints a picture of real and true hope, not through the non-biblical and unholy man-made celebration such as Christmas, which will soon have the whole world under a spell that it is of God.  Whether or not one wants to believe Christmas is not sanctioned in the Holy Bible does not matter. What matters is the truth. The truth will always prevail, not what we believe. The truth is God calls these festivals “my feasts,’ and “feasts of the LORD,” (Lev. 23). He did not call Christmas or Easter His festivals.

What God’s people lived out at the Feast of Tabernacles is real and the true tabernacle Jesus Christ came to do that when he dwelt (tabernacled) with us John 1:14. As the memories of the last celebration is fresh in our minds, we MUST bear in mind, the Kingdom of God is not ruling yet. Jesus Christ has not returned. There are certain prophetic scenarios still to unfold, and when they do, they will not only affect the entire Earth, but God’s people as well. It’s not about the false hope of once saved, always saved. Christ warns us to keep watching and praying so we are not caught unawares (like a thief in the night) regarding His coming.

In the coming days, we are not going to stop hearing of wars and rumours of wars; neither will we see any ease in earthquakes, natural disasters, pestilences, increasing famines, acts of terrorism, increasing poverty, crime, corruption, failing governments, and changing weather systems. All of these have been prophesied to happen. Before the Kingdom of God is established, the Bible warns these are the beginning of sorrows or the “birth pangs.”  They will just be the beginning or warming up to a time when humans will regret they were ever born; the wrath of God against evil and wickedness will be that unbearable that many will seek death and will not find it.

The child of God must use their troubling experiences to prepare them for what lies ahead. The picture ahead is not pretty. It will be terrible to say the least, nevertheless, for God’s people who just celebrated the establishment of the coming Kingdom of God, they know true joy will come in the morning after going through the difficult times ahead. If the Great God is calling YOU to escape the Wrath of the Lamb that is upon us, may you heed His advice and repent!  If you accept Jesus Christ as your ONLY true Saviour, and that of the world, it will be the MOST IMPORTANT decision YOU will ever make in your lifetime. Time will prove it! For more on this subject, download FREE our booklet The Way of Escape.