When you take the Passover 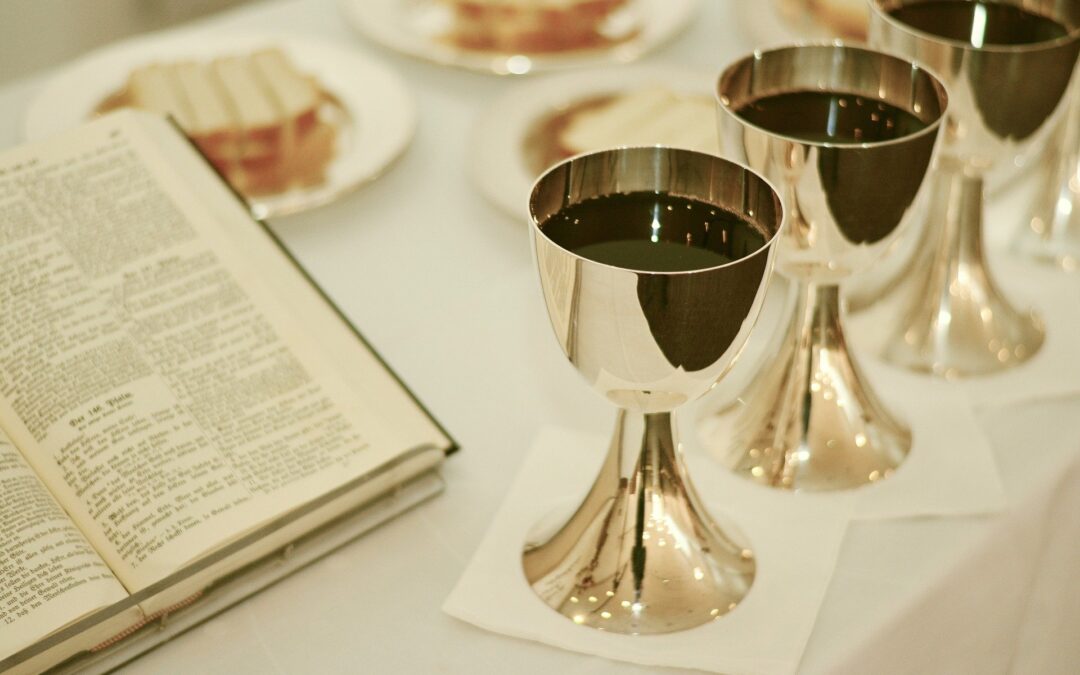 On April 14, this year, we will come together to take the New Testament Passover. Why will you be taking this Passover? It’s a ritual, yes, but do we really have to take it?  Is it optional? You’re only taking it because you feel like taking it?

We need to fully grasp the meaning of this solemn yet important command? The one who sacrificed His life for your sins and my sins, and the sins of the world, tells you why we should commemorate His death.

1 Cor. 11: 24, “and when he had given thanks, he broke it and said, “This is my body, which is for you; do this in remembrance of me.” 25 In the same way, after supper he took the cup, saying, “This cup is the new covenant in my blood; do this, whenever you drink it, in remembrance of me.” 26 For whenever you eat this bread and drink this cup, you proclaim the Lord’s death until he comes.”

Here are some important reasons for us to meditate on as we prepare to commemorate the sacrifice of  Jesus Christ. First, we are required to commemorate His death because of the command.  Jesus said, “Do this in remembrance of me” (1 Cor. 11:24,25).  He said ‘do this.” No second guessing whether we should or not. Your Master, Your Saviour, Your God, says “do this.” We don’t have the prerogative or the right to decide. He’s the reason for your living; He’s your Creator, and He says this is a memorial we must commemorate.

Jesus instituted the New Testament Passover or Lord’s Supper as a memorial of our deliverance from sin (Matt. 26:28).  And as they were eating, Jesus took bread, and blessed it, and brake it, and gave it to the disciples, and said, Take, eat; this is my body. 27 And he took the cup, and gave thanks, and gave it to them, saying, Drink ye all of it; 28 For this is my blood of the new testament, which is shed for many for the remission of sins. 29 But I say unto you, I will not drink henceforth of this fruit of the vine, until that day when I drink it new with you in my Father’s kingdom.

Rev. 19: 6… And I heard as it were the voice of a great multitude, and as the voice of many waters, and as the voice of mighty thunderings, saying, Alleluia: for the Lord God omnipotent reigneth. 7 Let us be glad and rejoice, and give honour to him: for the marriage of the Lamb is come, and his wife hath made herself ready. 8 And to her was granted that she should be arrayed in fine linen, clean and white: for the fine linen is the righteousness of saints. 9 And he saith unto me, Write, Blessed are they which are called unto the marriage supper of the Lamb. And he saith unto me, these are the true sayings of God.”

The often here does not mean you take it every Sunday or Saturday, or you take it every quarter as some churches do. A memorial of death occurs once a year. And like the Passover of old, the priests went up to the temple only once a year to offer the sacrifices on behalf of sins. In the New Testament, that was replaced by our new High Priest, the Christ, who made that sacrifice once and for all.

This is how Hebrews 9 explains it. Verse 6, “6 Now when these things were thus ordained, the priests went always into the first tabernacle, accomplishing the service of God. 7 But into the second went the high priest alone once every year, not without blood, which he offered for himself, and for the errors of the people: 8 The Holy Ghost this signifying, that the way into the holiest of all was not yet made manifest, while as the first tabernacle was yet standing:  9 Which was a figure for the time then present, in which were offered both gifts and sacrifices, that could not make him that did the service perfect, as pertaining to the conscience; 10 Which stood only in meats and drinks, and divers washings, and carnal ordinances, imposed on them until the time of reformation. 11 But Christ being come an high priest of good things to come, by a greater and more perfect tabernacle, not made with hands, that is to say, not of this building;  12 Neither by the blood of goats and calves, but by his own blood he entered in once into the holy place, having obtained eternal redemption for us. 13 For if the blood of bulls and of goats, and the ashes of an heifer sprinkling the unclean, sanctifieth to the purifying of the flesh: 14 How much more shall the blood of Christ, who through the eternal Spirit offered himself without spot to God, purge your conscience from dead works to serve the living God?

15 And for this cause he is the mediator of the new testament, that by means of death, for the redemption of the transgressions that were under the first testament, they which are called might receive the promise of eternal inheritance. 24 For Christ is not entered into the holy places made with hands, which are the figures of the true; but into heaven itself, now to appear in the presence of God for us:  25 Nor yet that he should offer himself often, as the high priest entereth into the holy place every year with blood of others; 26 For then must he often have suffered since the foundation of the world: but now once in the end of the world hath he appeared to put away sin by the sacrifice of himself.”

The bread and the cup remind us of the one-time sacrifice Jesus made on the cross. We partake to remember what He did on our behalf. What his death accomplished was signified, sealed, and extended to believers, all the promises of the new covenant. In this ordinance, Christ ratifies his promises to His people, and we for our part, solemnly consecrate and surrender ourselves to Him.

The Lord’s Supper is a time when believers remember what Jesus did for them on Calvary’s cross. The bread represents Jesus’ broken body while the wine symbolizes the blood that He shed on our behalf. Jesus commanded that believers do this in remembrance of Him until He returns. But each year that we renew our commitment to him, we do so amidst of serious challenges in our lives. That is expected for the Christian. We live a life on the narrow path that is paved with pitfalls.

The task is not to allow these “potholes” in the road to take over our lives to the extent that we don’t want to take the Passover because of guilt. We don’t feel worthy enough to take it. One should not feel that way unless we don’t accept the shed blood of Jesus. Taking the Passover unworthily, as Paul made mentions in 1 Cor. 11: 28., “But let a man examine himself, and so let him eat of that bread, and drink of that cup. 29 For he that eateth and drinketh unworthily, eateth and drinketh damnation to himself, not discerning the Lord’s body.”

When we take the Lord’s Supper, we must take it with reverence and not in a flippant way. Thus, attitude plays a significant part in this most significant ritual in our worship. Paul gave this admonition against the background of some serious problems in the Corinthian church, namely in this instance, – treatment of the poorer people in the church and the question of unity. It’s a time for serious self-examination.

All this is telling us that when we partake of the symbols of bread and when, we take it with the utmost serious because we are commemorating His death, till He comes, as He commanded. Passover is more than a time of passive and individual reflection. When we take it, we are participating in a congregational act by which we together affirm our faith and the completed work of Christ; we focus on our   faith, and are telling the world that Jesus is the only way of salvation. The only hope for humanity. For more on this subject download FREE our pamphlet, CHRIST OUR PASSOVER.