When you think it’s peace and safety… 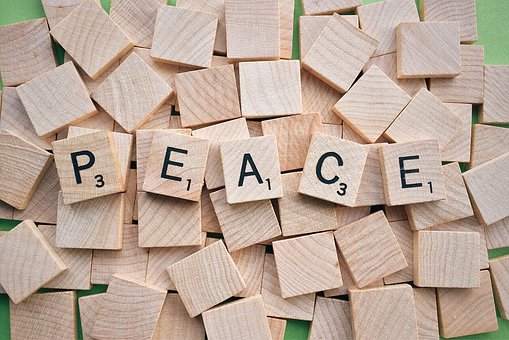 Peace on earth seems an elusive dream – a dream that all humanity has been yearning for since the dawn of civilization.

The reasons for wars have been varied and surreal to say the least.  Men, who claim to worship the same deity, have butchered one another in the name of God.  Men have fought over land, natural resources, politics, military might, slavery, greed, envy, desire for power, you name it.  Humans, with all the knowledge they possess today, still don’t know the way to peace. Indeed, “the way of peace they know not; and there is no judgment in their groins: they have made them crooked paths: whosoever goeth therein shall not know peace,” says Isaiah 59:8.

Wars have caused pain and grief, not to mention the millions of people who have sacrificed their lives in the trenches, on the high seas or in the air. Wars will continue take a toll on human lives; that’s the nature of war.  While wars may liberate people from oppression, they may even cause peace–for a time.  Yet the viciousness of war reveals the depths of human depravity and sinful nature.

Shortly before Jesus’ ascension to heaven, he remarked “my peace I leave unto you.”  He wished for all human beings to dwell in peace among one another.  He knew he would return one day to set up an everlasting kingdom where peace will reign forever–something all human beings should aspire in their quest to seek a better life present and future.

Nowadays, there are talks, meetings, treaties, accords, pacts, in the name of peace.  The reality is hardly anyone of them had been able to withstand the test of time, given our carnal nature as human beings.  If the Word of God simply states “the way of peace they know not,” no peace agreement can last forever.

As we enter into the end times spoken of by the prophets, evidenced by a number of prophetical developments that have been fulfilling right before our very eyes, the word “peace” among warring nations will be heard ever so often.  Matt. 24 speaks of “rumours of wars, nations against nations, kingdom against kingdoms,” in the time leading up to Christ’s return. Surely, the rumours have become commonplace in today’s society.  Most certainly, there will be agreements, ceasefires, truces of sorts, but one thing we do know is that they will not last for long.  There will be no peace until Christ sits at the conference table, goes one popular song.

In fact, our leaders will be so busy trying to iron out their differences, seeking peace by their own means, and without dependence on God, the coming of the Christ will come upon them “as a thief in the night.”

“For when they shall say, Peace and safety; then sudden destruction cometh upon them, as travail upon a woman with child; and they shall not escape,” (I Thess. 5:3).

Isn’t it interesting that the epistles of Paul always begin with a salutation of grace and peace.  The Heavenly Father desires peace for all humanity, and His Son, the Christ, has gone to prepare that place for all of us where there will be heavenly peace when He returns right here on Earth to establish his millennial reign.  But before that happens sudden destruction will come upon the land and there will be “weeping and wailing and gnashing of teeth,” as the wrath of the Lamb is unleashed against all evil, including the evil of war. For more on this subject, download FREE our booklet WHAT DOES THE BIBLE SAY ABOUT THE MILLENNIUM?