Do we really need Halloween? 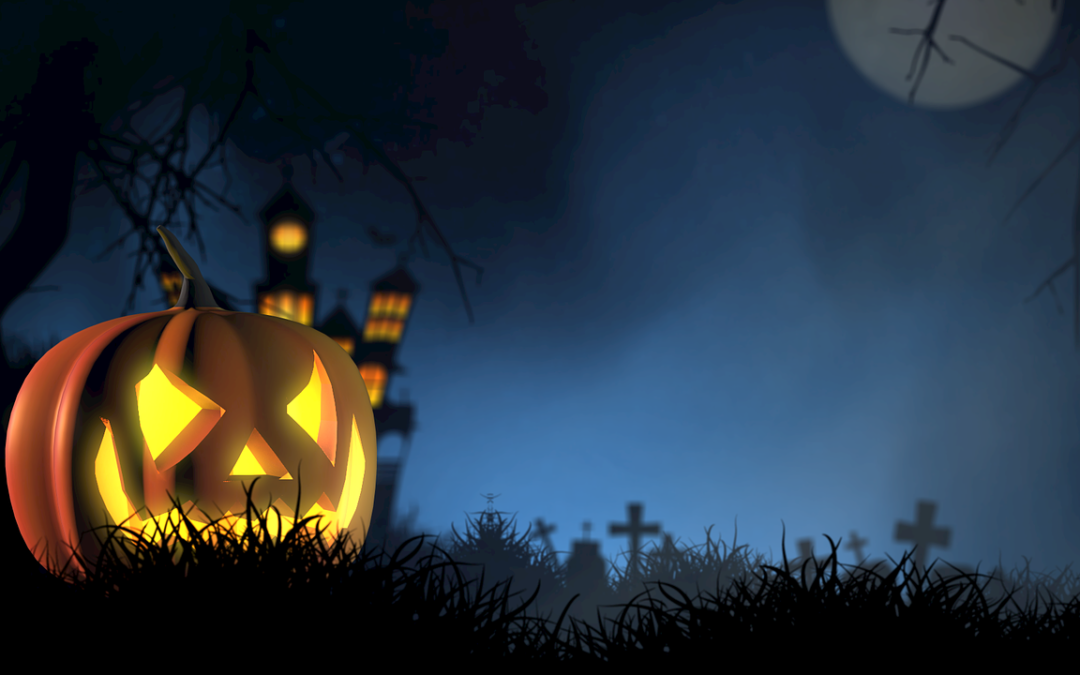 If one were to follow the discussions, the commentaries, and the concerns, you could think not having Halloween, this year, is going to have serious implications for our lives. Yes, Halloween is that important to people.

COVID-19 has put a damper on everything, this year, from the sports and entertainment world, the fun areas, to celebrations such as Halloween, and there’s even talk about the biggest one – Christmas. No Christmas celebrations, this year? I would prefer wait to see what is going to happen to that one before making any comments. All I can say is the pagan-rooted and non-biblical Christmas is dear to millions of people, Christians and non-Christian, and so is Halloween.

In my humble opinion, we can do away with Halloween and even Christmas, too, because both have nothing to do with the Bible. But, for now, we are talking about Halloween, the celebration that draws our innocent little children out of their beds to basically go and play with the devil and his cohorts. It’s nothing more than that. As glamorous and as colourful as it is, Halloween is not a harmless event.  Do we really need it, this year, or any time at all? Our commercial sector would just laugh at that question.

We, at least some of us, put on all types of garb this time of year to celebrate Halloween for reasons unknown to many people. We try to look like the good, the bad, and the ugly. The practice has been passed on from generation to generation and is now deeply entrenched in our North American culture.

Most people celebrate Halloween for fun. When it comes to fun, our children are at the forefront of any celebration. After all, it’s part of their growing up, some would argue. In so doing, we sacrifice innocence in the name of fun. From generation to generation then, we pass on this practice, and like their attitude, hardly anyone paid any attention to what they were celebrating. As long as they were not from the Holy Bible, these type of questionable celebrations drew them like a magnet. This is where the danger lies in playing around with the forbidden and the unknown.

Although Halloween is observed mainly in North America, other holidays around the globe are similar to Halloween. In North America and Europe – The Day of the Dead; in South America, Kawsasqanchis; Africa, Dance of the Hooded Egunguns and Asia, Bon Festival. On the eve of the holiday, celebrated on October 31 annually, many workers get the afternoon off to allow time to prepare for a night of “fun.” Some companies host Halloween parties, adults have their individual get together, while the children for the most part, go trick and treating. Overall, in the eyes of many people, it’s a time for celebration. But celebration of what, the more conscious among us might ask.

Halloween, derived its name from “All Hallows Eve,” which occurred on Oct. 31, “All Saints Day” or “All Hallows Day,” which was the next Day, Nov. 1 st . Halloween is the eve of All Saints Day. The origins of Halloween date to ancient Ireland and Scotland. On Oct. 31 st  the Celts celebrated the day when herders would move their animals into barns and pens and prepare for winter. It was also the time of the crop harvests. A festival called Samhain, pronounced ‘sow-ane’ (Sow rhymes with cow), which means ‘end of summer’, marked this time.

However, in the 5th  century, as the Catholic Church expanded, it adopted the Samhain celebration. Nov. 1 st  became “All Hallows Day,” the day when the Catholic church honored its saints.  Oct 31 was “All Hallows Eve” which became “Halloween.” In later years, people would go door-to-door on Nov. 2 with small cakes in exchange for the promise of saying prayers for some of the dead relatives. This stemmed from the religious belief the dead were in a state of limbo before they went to heaven or hell and that prayers could impact their outcome. It is believed this was the forerunner to Trick-or-Treat.

Once we are going to get involved with consulting the dead or invisible spirits, we are stepping on dangerous grounds. There’s another dimension in the origin of this festival that involved witches, mediums and the occult.  The Wiccan religion follows ancient Celtic rituals and still call Halloween by its original name Samhain. For Wiccans, it is the most sacred night of the year. “Christians ‘don’t realize it, but they’re celebrating our holiday with us. . . . We like it,’” USA Today said, quoting a witch.

Deut. 18:10-12, advises “Let no one be found among you who sacrifices his son or daughter in the fire, who practices divination or sorcery, interprets omens, engages in witchcraft, or casts spells, or who is a medium or spiritist or who consults the dead. Anyone who does these things is detestable to the LORD…”

Vampires, witches, zombies and werewolves are associated with the demonic world. A celebration that involves these elements have no place in Christianity. The Almighty God is holy and you cannot mix the profane with holy and call it holy. Christmas and Easter are no different. You cannot whitewash pagan festivals and call them Christian, especially when there are no biblical precedents for them. Halloween, Christmas and Easter fall into the same category when it comes to paganism and no matter how inspiring a message you hear this time of the year about the virtues of observing such, the fact is the premise is wrong from the beginning.

The fact is God tells us everything He wants us to do. These instructions are all in The Holy Bible. God gives His festivals in Lev. 23 for us to celebrated his “appointed times,” (Hebrew; moeds)  (Gen. 1:14). The world mistakes them for Jewish when from the lips of God he says “even these are my feasts,” and the feasts of the Lord.” The question for those who embrace pagan-rooted festivals is: why not celebrate the festivals of the bible rather than pagan festivals that God detests – they are an abomination to him! Let the Word of God speaks to that.

2 Cor, 6:16, What agreement can exist between the temple of God and idols? For we are the temple of the living God. As God has said: “I will live with them and walk among them, and I will be their God, and they will be My people.” Ephesians 6: 12. “…because we have a struggle, not against blood and flesh, but against the governments, against the authorities, against the world rulers of this darkness, against the wicked spirit forces in the heavenly places.”

Parents, you have a responsibility to know exactly what your children are getting involved with; adults you have a duty to yourself and to God to look closer at these celebrations to understand that they have no place in worship or in the life of a Christian. Halloween is a deception, a ghoulish one, and it’s time we start seeing it for what is is, not a time of harmless fun, but a time to reflect on exactly what you are celebrating. For more on this subject, download FREE our booklet TRICK OR TREAT.