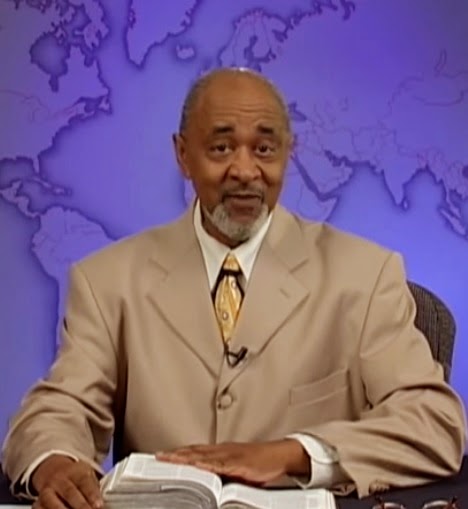 Click here … For more than 240 Sermons & Armor of God Programs with Bronson … Including a 1979 Sermon here!

Click Here … For more than 20 Songs sung by Bronson (usually while Worship Leading) for the cassette “National Tape Program”.  The quality of “old cassettes” is limited … but the voice is ALL Bronson!

From Cgi.org …
We were deeply saddened on Thursday, January 5, 2023, to learn that our long-time friend and brother in Christ, Bronson T. James, had fallen asleep in the Lord.

Bronson, 76, was a long-time servant of God’s people. He was one of the pioneers of the Church of God International ministry. He pastored churches, served for decades on the CGI’s Ministerial Council and Board of Directors, and was instrumental in the creation and production of the Armor of God television program. He was hired by the CGI in 1988 to manage the Letter Answering Department, and he continued working at the home office, taking on various other responsibilities, until he moved to Detroit, MI, in circa 2002.

Bronson was known especially for his exceptional singing voice and musical skills. He frequently contributed to the worshipful atmosphere of festivals and Sabbath services through providing special music. He also participated in musical productions in Tyler, Detroit, and other areas.

A gifted orator, Bronson not only hosted the Armor of God program for many years but also hosted his own television and radio talk shows at various times. He was well-known within Tyler’s media industry.

We join Bronson’s wife Myra, son Aaron, and daughters Sharon, Paula, and Destiny in mourning the loss of a dear friend and loved one. We look forward to seeing him again in that day when the trumpet sounds and all who are in Christ, whether living or asleep, rise to meet the Lord to join Him in His everlasting Kingdom.