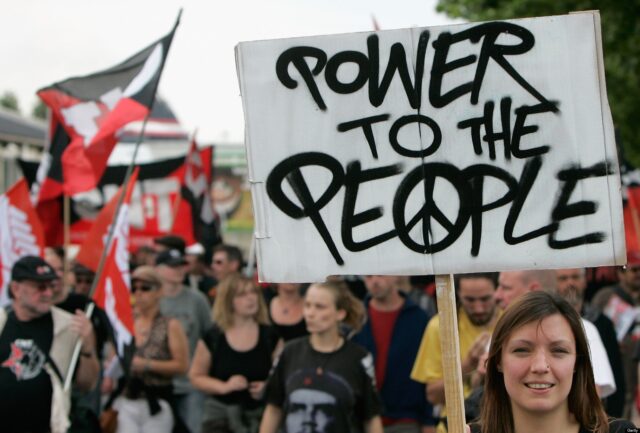 Two wings govern the political spectrum of our day – the left, which promotes socialistic ideals that seem unrealistic, unsustainable, and in some cases dictatorial or autocratic. It has no place for God.

On the other side of the pendulum is the right wing. The right wing focuses on democratic values, free market economy/enterprise/speech, and a system that creates inequities because of its competitive values.  Like the left wing, it too has its shortcomings. While the right wing has a place for God, it comes with a price, be it exploitation, corruption or hypocrisy.

Karl Marx, the left wing’s “god,” architect, and founder of Marxism, the mantra of their political systems, made a statement in his writings that has become quite famous. He said “religion is the opium of the people.” He once wrote, “Religion is the sigh of the oppressed creature, the heart of the heartless world and the soul of soulless conditions.” Marx believed religion had certain practical functions similar to how opium reacts in a sick person; it could stop people suffering and offer pleasurable illusions and robbed them of any desire to confront those who oppressed them.

Marx was right in the sense that religion and politics do not mix. They are like river and sea. Try to mix them and you treading on dangerous waters; you are stirring up controversy, biases, disloyality, you name it.

The Marxism of today certainly has its evils and adherents often have no use for God. Their God is the belief that Marxism offers the best opportunity to provide for all peoples by adopting certain cardinal principles of equity, social justice, and essentially a revolutionary change in the status quo as it affects economics, politics and culture. The “utopia” of these left wing politics has already led to collapses in political structures and governments, nevertheless, the Marxism of today has transcended into a different kind of politics that has permeated advocacy groups, the education system, and some aspects of labour. What we see today is a different spin that has led some in the church to question its motives and wonder about its future in relation to biblical prophecies.

Marxist ideals are unrealistic, selfish, and unbelievably caters to a power elite that seemingly have the poor and oppressed at heart, when nothing is farther from the truth. The left is ready to shut down dialogue and any voice that opposes its policies and beliefs. The left will allow dialogue when it is in their interest. Free thought seems to be an enemy of a Marxist state, and when you are in their bad books, incarceration, banishment, and questionable deaths are tools of silencing those who seek to be free in all respects. The left is far out left when it comes to providing hope for humanity.

From the other side of the spectrum, the right wing is no saint. If the right was the right (pardon the pun) system to govern humanity, it too would have been an abysmal failure. Many countries pursue rightist policies and their people only get poorer. Their conglomerates often exploit and oppress instead of doing their fair share to help the working populace. The right pursues policies that fail to address criminality, drug abuse, and abject poverty. Immoral behaviour thrives because a dollar value is the nucleus of a market economy that sends a message that only the fittest of the fittest will survive, thus “the rich get richer and the poor get poorer.” The result: misery and hopelessness prevails.

The right may pretend to a belief in the Christian God, but its’ mouth is far from its heart. Yet, the right wing allows free speech and democratic principles, unlike the left; that could just be one of the handful of credits it can take in the sphere of things. Nonetheless, it joins the other wing as a failed system to govern the affairs of humanity. The only true system of governance is the Kingdom of God.

This brings us to the question of the evangelical movement, which wholeheartedly supports the right wing – blindly, without conscience, and with an element of hypocrisy.  The movement gives Christianity a bad rap because it behaves as if religion and politics are compatible. When one understands the meaning of the gospel of Jesus Christ and His coming Kingdom, you see clearly that religion and politics cannot mix. But then, evangelicals believe in going to heaven.

The evangelical movement’s support of the right wing did not happen overnight. It is intrinsic to American culture. The root of this support can be traced all the way to the system of slavery when the plantocracy was using the Bible to support an abhorrent and evil system – treating God’s creation as inhumane, animals, property. Much of America’s social problems today has its roots in this system. Today it’s the same religious people, at least most of them, who uphold the values of both Democrats and Republicans. The KKK was formed and thrived under the Democrats, yet today they are aligned to the Republicans. The Americans have created a kind of sub-culture with religion and politics, but are the results anything to emulate?

One has to understand the politics of the left and the right are so diametrically opposed to the gospel of the Kingdom that they make the statement “religion and politics don’t mix,” to be quite true. The left and right tell people they have the solutions to humanity’s problems. The Word of God says there’s only one solution – Jesus Christ and His coming kingdom!

So, what is behind many of our problems today? The right, the left? Surely, both are contributors, and are guilty of atrocities that are an affront to human dignity. One could argue the right might be the lesser of the two evils or vice versa. One can also argue Jesus was a socialist – cared about the poor – while the other side can equally pontificate, he was a capitalist – a carpenter. The truth is God is none of these. God is not man and His ways are not our ways. These two wings have failed humanity miserably.  How should the church respond to the shortcomings of these ideologies and what message is in it for the Christian?
What’s the option?

Can the true Christian embrace an ideology and remain loyal to the True and Living God? Is there room for God and politics? Can the two mix?

The Church of God seeks to spread the hope of Christ’s coming kingdom and provide a “safe place” for all people to worship God.  As a community of believers we seek to practice Godly values, and not be divided by the political ideas of this world — while not being blind to the causes of unrest around us!

The failure of ideologies to solve the problems of humanity shows undoubtedly, the need for Christians to cling to their only hope – Jesus Christ and His coming Kingdom! Soon, he will crush all ideologies and replace them with His everlasting kingdom – free of corruption, exploitation, inequities, sorrow and pain.

We have provided these resources to inform, education and hopefully inspire you to the true hope that lies in Jesus Christ in solving humanity’s problems. 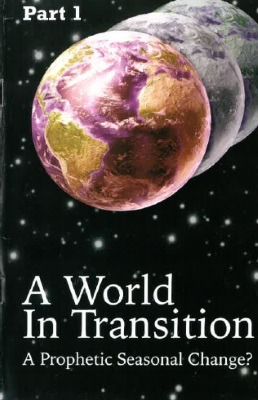 Professor Jordan Peterson — Conservative,  University of Toronto  — Website
– His quote to answer those who say about Russia, China, etc… “Well … THAT wasn’t REAL Marxism“
… It’s the most arrogant statement someone could ever make!  It means If *I* were in Stalin’s position, *I* would have ushered in the “Utopia” instead of the “genocidal massacres” – because *I* understand the doctrine of Marxism and everything about *me* is good!
– YouTube Video – Jordan Peterson on Marxism Socialism & Postmodernism
– YouTube Video – Jordan Peterson on Why we must Fight Post-Modernism

– 30 YEARS AGO, Soviet defector and KGB operative Yuri Bezmenov, specializing in the fields of Marxist-Leninist propaganda and ideological subversion; warned us about the silent war being waged against America as part of a long term plan to take over and destroy the American system and way of life