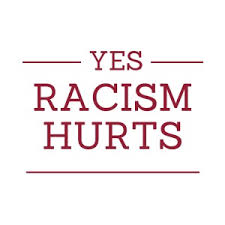 The Holy Bible does not address the question of race. Racism is an invention of the human ego that is self-centred, power seeking, in its quest to oppress another group or race of people.

While racism has an element of hatred, it is driven by a pursuit for power over another group, primarily through economic means. Throughout the centuries, dating back to the days of the mighty Roman Empire, the role of slavery carved out a new economic path and prestige that only the affluent could afford. In later years, that servitude was loss to exploitation, through ownership of human beings, and subsequently a human depravity that left a scar that has not healed and is still an open wound in modern day societies today. North America and the former colonial powers of Europe, architects of the slave trade, created an atmosphere for racial superiority to thrive. It has gone unabated. We are still feeling the effects today because racism is alive and well more than ever. 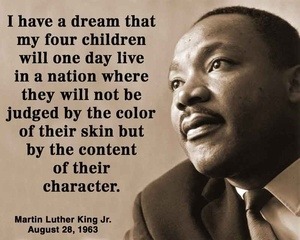 How does the church or the Christian react to racism? One can argue that plantation owners were the ones who held up the Holy Bible in one hand to justify slavery and held up their fellow human beings in the other hand as properties. Equally so, one can argue that although Christians played a dominant role in upholding slavery, it was Christian abolitionists such as William Wilberforce who initiated the moves towards abolition.  What then?

Scripture is a powerful source of comfort (as it clearly establishes that God accepts all races into His Church and into the Kingdom of God  (Acts 10:34-35, Galatians 3:28).   Yet Racism exists! …
it’s undeniable, because laws are not always enforced; harassment and unfair treatment do exist.  Our heart goes out to those who have suffered from the injustices racism causes.

The Church of God seeks to be a “safe place” for people of all races to worship God.  As a community of believers, we seek to practice Godly values, and not be divided by the hateful practises of racism.

Today, there are people and political forces working “behind the scenes” seeking to destroy our society!

A “real problem” we have today–identity politics is designed to “divide and conquer.”   This is an invention of none other than Satan the Devil, who takes pleasure in anything that is divided.

We encourage you to listen to and read some of the additional material we are making available on this page, for a more comprehensive understanding of racism — a very controversial and complex subject.

Professor Jordan Peterson — Conservative,  University of Toronto  — Website – Dr Peterson has some effective presentations seeking to combat some of the dangerous ideas and thinking that is dividing North America including his views on Racism because of “White Guilt”