As we see the Passover approaching 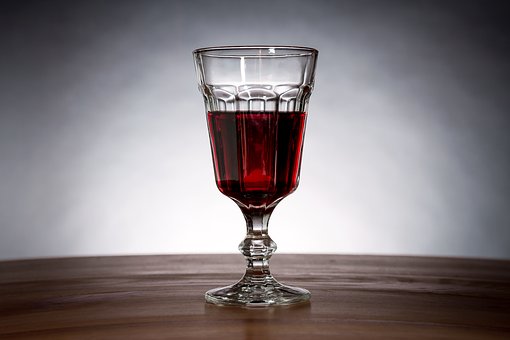 “When the hour had come, Jesus reclined at the table with His apostles. And He said to them, “I have eagerly desired to eat this Passover with you before My suffering. For I tell you that I will not eat it again until it is fulfilled in the kingdom of God,” Luke 22:15-16.

This was a very significant and meaningful statement by Jesus, the Christ, shortly before the Roman authorities put Him to death for the sins of all humanity. The text said he “eagerly desired” to participate in this event picturing His supreme sacrifice. That tells us a lot about what this observation meant to Him, and should mean to those who follow Him. As we see this event approaching for yet another year, we as Christians, who truly claim to follow in the footsteps of the Christ and His primitive church, should make every effort to ensure we capture its true meaning and the reason for fulfilling this obligation.

First, the Passover command:  “So this day shall be to you a memorial; and you shall keep it as a feast to the LORD throughout your generations. You shall keep it as a feast by an everlasting ordinance” (Exodus 12:14). Yes, the first Passover began in Israel as a symbol of deliverance of Israel from Egypt (a type of sin). Subsequently, the sacrificial system was introduced where the blood of animals were shed for the remission of sins. That no longer happens today because as Hebrews 9:3 tells us “Instead, those sacrifices are an annual reminder of sins, because it is impossible for the blood of bulls and of goats to take away sins. Therefore, when Christ came into the world, He said: “Sacrifice and offering You did not desire, but a body You prepared for me.”  Christ became that sacrificial Lamb whose death at Calvary has taken away “once and for all” the sins of humanity. We can see a clear parallel here with the first Passover in Egypt compared to what happened the day of crucifixion when Christ became “our Passover.”

Many Christians, for centuries, have carelessly or deliberately forgotten Christ commanded us to observe His death, not His birth.  We spend so much energy into celebrating a birthday that never occurred on the designated day or sanctioned by the Bible, yet totally ignore the commanded one from God. When Jesus sat down that evening with His disciples to partake of the Passover, His words to them were “This is My body which is given for you; do this in remembrance of Me,” Luke 22:19.

Let’s look further at what happened that evening. “For I have received of the Lord that which also I delivered to you, That the Lord Jesus the same night in which he was betrayed took bread: 24 And when he had given thanks, he broke it, and said, Take, eat: this is my body, which is broken for you: this do in remembrance of me. 25 After the same manner also he took the cup, when he had supped, saying, This cup is the new testament in my blood: this do you, as oft as you drink it, in remembrance of me. 26 For as often as you eat this bread, and drink this cup, you do show the Lord’s death till he come. 27 Why whoever shall eat this bread, and drink this cup of the Lord, unworthily, shall be guilty of the body and blood of the Lord. 28 But let a man examine himself, and so let him eat of that bread, and drink of that cup. 29 For he that eats and drinks unworthily, eats and drinks damnation to himself, not discerning the Lord’s body,” 1 Cor. 11:23.

Make no mistake about it. This is the observance Christ desires of His followers to do today, a strictly biblical ordinance, not one decorated with eggs, Easter bunny and ham, a meat that Christ would never consume. In my quest to be a true follower of Christ, I’d rather follow a relevance and biblically sanctioned ordinance that one that is alien to the bible and obviously has its roots in pagan religions. No matter how one tries to dress it up to make it appear Christian, Easter still has its roots in paganism.

As we see the Passover approaching, let us reflect on its true meaning and “our Passover” Jesus Christ fulfilled His Father’s wish to lower Himself to the human level to die for your sins and mine. Let us see in the imagery of the Passover, the need to draw closer to God because of this tremendous sacrifice and to keep reminding ourselves Jesus Christ is the only hope for humanity, regardless of what people want to say or believe. The fullness of time will prove that.

As we see the Passover approaching, let us welcome this memorial of Christ’s death knowing that it brings to us the message that death is not finite. In fact, the resurrection of Jesus Christ is another message coming from the Passover that reminds us of how great a hope we have in the one true and living God. While the Passover was about the death of the Son of God, the message in it is that death will bring us life – life eternal. To learn more, download for our FREE booklet Christ our Passover.